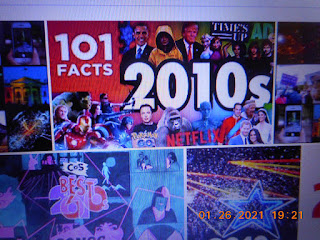 I always appreciate an Etsuko Yakushimaru（やくしまるえつこ）song for its spacey and catchy qualities along with the fact that recently her videos have taken on a 360-degree function. Still cherish her "X-Jigen e Yokoso"（Ｘ次元へようこそ）from the "Space Dandy" series.

Yakushimaru's 10th and most recent single, "Unknown World Map", was released in October 2019. Written and composed by the singer under her songwriting name of Tica Alpha（ティカ・α）, the song is a blippity-bloppity flight into new worlds by a young lady who's probably not finding Earth all that fun anymore. Evidently, according to the video, the lass wants to try out a plethora of isekai environments including maybe the one in "TRON".

The video certainly keeps the viewer busy since it has different things happening at different places in the orb of vision, so one has got to keep the point of view moving. Hopefully, you can move the video while in the blog but if not, head over to YouTube. Incidentally, the video was directed by Takashi Yamaguchi（山口崇司）.