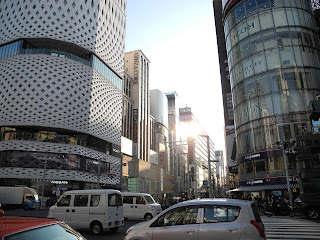 Much as I did for 80s aidoru and Onyanko Club（おニャン子クラブ）graduate Marina Watanabe's（渡辺満里奈）"Hachi-gatsu, Saisho no Suiyoubi"（八月、最初の水曜日）, I kept Fujimal Yoshino's（芳野藤丸）"AUGUST" under backlog lock and key for a number of months since I was waiting for August to reveal it on "Kayo Kyoku Plus".

Glad I did, too. "AUGUST", which comes from Yoshino's July 1983 album "Romantic Guys", is as cooling as a Japanese summer wind chime, and where I sit in the warmest area of my home, the song definitely has come in handy. This is so City Pop that my eyes have blurred looking at the thumbnail image of the video, but then again, that is probably because the uploader didn't put up a clear version of the album cover.

But no matter. It obviously doesn't take anything from the song which not only has Yoshino's creamy yet smoky vocals but those wonderful guitars and a delectable Fender Rhodes. Kazuko Kobayashi（小林和子）provided the lyrics, and may I say that the background chorus harmonies are just top-notch. I still could use a drink after working on a few assignments today before hitting the blog.