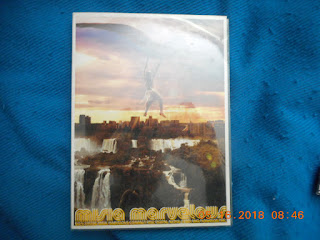 Last Saturday, there was a special on NHK via TV Japan called "Live Yell" which I'd assumed was yet another retrospective on that popular morning serial "Yell" which had aired for a good chunk of last year on the national broadcaster. I kinda rolled my eyes since though I knew how much folks loved the program but I felt that it was time to let it go and move on.
But actually I was mistaken. "Live Yell" is the second annual music-based special that was first aired last year as a means to cheer up the nation during this pandemic. Basically it's the summer version of the New Year's Eve Kohaku Utagassen which itself had been established decades ago to also lift people's spirits up during the first uncertain years of Japan's recovery from World War II. Even the hosts, comedian Teruyoshi Uchimura（内村光良）and NHK announcer Maho Kuwako（桑子真帆）, were straight from the Kohaku. This year's edition may have been even more needed perhaps since it isn't just about COVID, as really bad as it is now, but also about the torrential rains and floods that have been damaging parts of Japan.
The first up to bat was the marvelous Misia who had not only performed Japan's national anthem at the Opening Ceremonies of the Tokyo Olympics a few weeks ago but also what I gather was the welcoming song for everyone in the stadium. Misia indeed performed that latter song, "Welcome One", which is her 50th single released in April this year.
"Welcome One" isn't Misia's first Olympic-related contribution. Back in 2002, she provided NHK's official theme song for its coverage of the 2002 Olympic Games in Salt Lake City, the epic power ballad "Hatenaku Tsuzuku Story" （果てなく続くストーリー）. With "Welcome One", though, it is more of her earlier disco music mixed with some Disney cheer.
Written by Misia & Kelli Smith and composed by Minoru Komorita（小森田実）& Liantian, "Welcome One" doesn't have quite the affecting impact for me as "Hatenaku Tsuzuku Story" did, but it's still a fun and positive Misia number that would have been very welcoming for the tourists and athletes alike if they'd been able to tour through the megalopolis of Tokyo. I'm hoping that they will come back soon enough. One last point of trivia is that "Welcome One" hadn't started out as the Olympic welcome song; it was actually the campaign tune for the Japan Racing Association.
Posted by J-Canuck at 3:59 PM