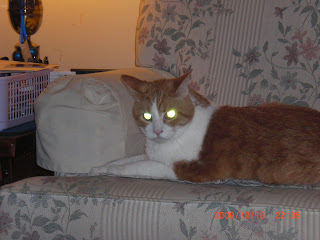 Obviously, there have been plenty of tie-ups between anime and hit songs but once in a while, I encounter songs that have been inspired by manga. In fact, I think that I have written about one other example but unfortunately at the moment, I can't remember the song although I'm pretty certain that it was an 80s tune.

Anyways, one example that I have here is the manga "Neko Janai mon!"（ネコじゃないモン！...I'm Not a Cat, You Know!）by Kentaro Yano（矢野健太郎）that had its initial run in "Young Jump" magazine between 1982 and 1985. The story revolves around the character of college student Naoko Miyamoto who suffered lasting trauma as a young girl involving a kitten, only to draw the attention of a cat. For some reason, although J-Wiki doesn't have any article about the manga (though it does have one devoted to Yano), Wikipedia has one, and according to it, there has yet to be any sort of anime adaptation.

Still, the manga was popular enough that a single and a full album based on "Neko Janai mon!" were created in 1983. The single's A-side took on the title of the manga but for this article, I'm looking at the B-side, "Feel so Nyan-Nyan" which I guess could be translated as "Feel so Meow Meow". Written and composed by singer-songwriter Hiroko Taniyama（谷山浩子）, the singer behind the song is Yumi Kojima（児島由美）who brings her own kittenish qualities to the performance. I'm happy enough with "Feel so Nyan-Nyan" to call it a pop song but it does have elements of jazz and City Pop bouncing around here and there, and the lyrics talk about the carefree life of a cat.

Kojima herself is a singer-songwriter who was raised in Sapporo but currently lives in Tokyo. She started learning piano at a tender age and then learned koto in her teens. As with many budding artists in the music industry, she entered the Yamaha Popular Song Contest in the late 1970s where she won a prize for her creation "Yume no Tabi"（夢の旅...Dream Trip）. In 1979, she made her single debut with "Otoko no Ko Mitai ni"（男の子みたいに...Like Boys） with an album later on called "Comme des Garcons"（コム・デ・ギャルソン）. I've just heard one track on YouTube from that album, and I will cover it next month. 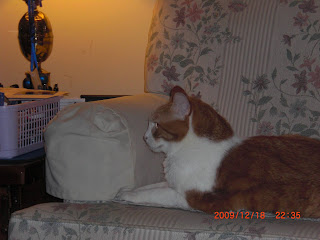