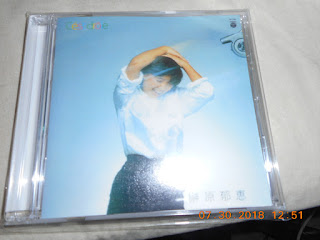 I knew that going into the 1980s, singer/tarento Ikue Sakakibara（榊原郁恵）was rather transitioning from being an aidoru into something more in the pop realm, but I was surprised to see and hear how nicely she was taking to City Pop. I mean, her vocals were still reminiscent of her teenybopping years but the surrounding music was very much in the urban scene.

Take "Ame no Requiem" (Requiem in the Rain) for example. A track from her 14th studio album "Variety Box" from November 1982, it reminds me somewhat of "Aka to Kuro"（赤と黒）, Yoshimi Iwasaki's（岩崎良美）debut single from 1980 with that jagged electric guitar and string intro that could be mistaken for the beginning of an opening credit sequence of a cop show in Japan. Written and composed by Kyoko Matsumiya（松宮恭子）, "Ame no Requiem" goes into a cool and breezy down-home City Pop rhythm that gradually fires off some more engrams of memory as it approaches its ending because of the additional backup chorus behind Ikue's refrain. It actually reminds me of Gloria Gaynor's "I Will Survive".

"Ame no Requiem" does its job. Even though I was there in Tokyo in 1981, I still get those urges to step back in time to walk the streets of the megalopolis during those heady days.