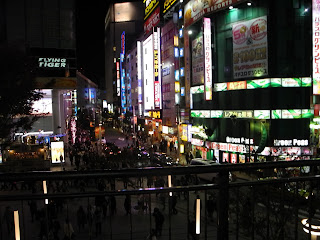 I was just writing about dining in a classy restaurant in my last article for Jiro Sugita's（杉田二郎）"Umi"（海）, and here we may actually have the singer doing it, too.

This is "Tokimeki Wining" (Giddy Wining), a track from Yoko Oda's（小田陽子）1982 debut album "New York 1961", and I gather that unlike me in the milieu of Sugita's "Umi", Oda's protagonist is either tipsy or nervous about her evening with that potential special someone at that classy restaurant. Not quite sure how the date went either since the song is pretty short at just 3 1/2 minutes.

Folk singer Akiyoshi Imanari（いまなりあきよし）wrote and composed "Tokimeki Wining" for Oda, and he did the same for another track from "New York 1961", "New York 1961 Fuyu"（ニューヨーク 1961 冬）which was more of the old-fashioned jazz ballad. With "Tokimeki Wining", though, Imanari brings together some of that down-home City Pop which evokes moodily-lit Tokyo hotel-top bars and restaurants circa 1980s, but he still manages to mix in some of that Mancini magic into the arrangements.