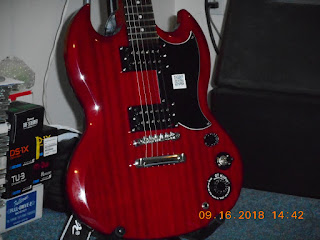 I've gone through enough liner notes for various Japanese pop albums in the 1970s and 1980s to recognize the famous musicians helping out any singer or band. There's saxophonist Jake H. Concepcion, chorus group EVE and keyboardist Hiroshi Sato（佐藤博）. Another musician that I've seen and can identify easily through his very brief two-kanji full name is veteran guitarist Tsuyoshi Kon（今剛）.

Kon hails from Hokkaido and began his career in the late 1970s just as the Japanese fusion boom was beginning. At the tender age of 18, he helped form the band Panta & Hal in 1977 and then also joined the supergroup Parachute with drummer Tatsuo Hayashi（林立夫）, fellow guitarist Masaki Matsubara（松原正樹）and keyboardist Akira Inoue（井上鑑）. Throughout his long career, he's worked everyone from Akira Terao（寺尾聰）to Hikaru Utada（宇多田ヒカル）, and for those two singers, he was involved in their big hits "Ruby no Yubiwa"（ルビーの指輪）and "Automatic" respectively.

In July 1980, Kon released his first solo album "Studio Cat" which was produced by the aforementioned Hayashi. The first track is "Zig-Zag" which was created and performed by the man himself as a good-time sparkling and rollicking tune heading down the Ventura Freeway. Sounds like he's going at about 100 mph along the West Coast with his buddies which include Hayashi, keyboardist Mark Jordan and synthesizer operator Michael Boddicker.