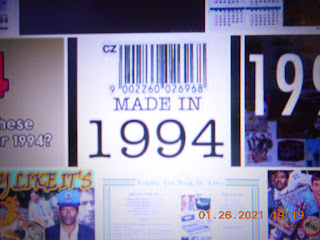 Poetry was never my bag, I have to admit. Perhaps I know limericks that begin with "Once there was a girl from Venus...", and once in high school, I made up a poem about Superman which received a hearty round of indifference. But that's about it.

In reading about this song, though, I found out about the American poet and author Richard Brautigan (1935-1984) who had the talent for zapping his works with a sardonic bite and dark humour. According to his Wikipedia profile, he inspired other later authors including Haruki Murakami and W.P. Kinsella. However, he also had some effect on musicians, too, such as the rock band Machines of Loving Grace and Neko Case. There's a poetry site called Poets.org and there I found one Brautigan poem called "The First Winter Snow".

The celebrated Murakami wasn't the only Japanese artist influenced by Brautigan. There is a Kyoto-based band called b-flower which has made references to the poet's works in their own words, and in fact, the band's name has its origins from him. Wikipedia has posted the following: "The band's name comes from a poem written by Richard Brautigan, in which he compared roadside drunks to exotic flowers. This led to the name "Brautigan Flower", which eventually became "b-flower"." The Brautigan reference continues with this particular song "Fuyu no Saigo no Yuki" which translates into "The Last Winter Snow", just a word different from that poem of his that I mentioned above. The official translation from b-flower, though, is "The Last Snow of Winter".

But that's where the comparison ends since the lyrics for "Fuyu no Saigo no Yuki" by vocalist Hideshi Hachino（八野英史）doesn't seem to poke fun at a woman as in Brautigan's "The First Winter Snow", but describes a person alone in a dreary February snowscape, something that a lot of Torontonians have probably found themselves in. On the other hand, the music by bassist Masaru Miya（宮大）is oddly comfortable like a warm blanket and hot cocoa even with the guitars crashing in. I think that Hachino's vocals are a very relaxing guide through the song.

One interesting thing that I've read about J-Wiki's description of b-flower is that the band is representative of a genre called Neo-Acoustic with the name that was coined in Japan, and not to be confused with New Acoustic Music as mentioned on Wikipedia. I'd never heard of the genre before but apparently in the 1980s, Japan felt that bands such as Aztec Camera, Prefab Sprout and The Dream Academy were part of Neo-Aco, although I always considered them to be more in the sophisti-pop arena. Neo-Aco also includes 90s bands such as Belle and Sebastian along with The Trash Can Sinatras.

However, Wikipedia has cited b-flower as being "...heavily influenced by the British independent music scene of the 1980s, most notably alternative rock" which makes more sense to me. I would even say that there is something even 1990s about their sound. But the main thing is that I really like "Fuyu no Saigo no Yuki" for the arrangement and Hachino's vocals. The band has had a changing lineup but at the time that this particular song from their June 1994 mini-album "Clover Chronicles I" came out, I believe that the other members were drummer Wataru Okabe（岡部亘）and guitarist Hiroshi Suzuki（鈴木浩）.

Incidentally, the "Clover Chronicles I" version is a cover of the original which came out in b-flower's 1992 2nd album "Mukudori no Me o Shita Shonen"（ムクドリの眼をした少年...A Boy with Gray Starling Eyes） but I couldn't find that one on YouTube. As well, give me your thoughts on this song and b-flower in general if you like. I'm not the rock ace here so some expert comments would be appreciated.