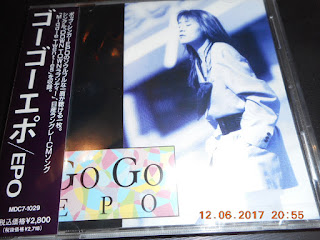 Bear with me here since I'm gonna introduce my latest Author's Picks the long way around. A couple of nights ago, I was watching "Matsuko no Shiranai Sekai"（マツコの知らない世界...The World That Matsuko Doesn't Know） from TBS via TV Japan as I usually do. The premise of this program hosted by popular tarento Matsuko Deluxe（マツコ・デラックス）involves folks who come on the show to show off their hobbies or obsessions and see how impressed the host gets. Often these guests' loves revolve around food such as curry or ramen or shortcake.
Anyways, Thursday night's episode which came from early 2020 before the pandemic hit featured a woman who was absolutely crazy about the dessert known as Mont Blanc. Probably not too well known in North America, it's been a huge sweet in Japan for decades and the main ingredient is stringy and sweetened chestnut puree with some whipped cream. In my old stomping grounds, Mont Blanc was usually placed in some sort of tart pastry cup. I'd held off of Mont Blanc for years during my long stay in the nation since my idea of chestnuts was the hot roasted ones that I used to get in paper bags outside of Maple Leaf Gardens. Chestnuts as dessert simply didn't compute. However, I finally ditched my prejudice against Mont Blanc in the last number of years there and I found it actually quite good although apple pie and strawberry shortcake will always come first.
I did warn you folks that the preamble would take the long way around. Getting back on point, though, the woman who showed up to explain her love for Mont Blanc (she appears in the above video at 40 seconds) rather struck me in the preview since I'd thought that she resembled one of my favourite Japanese pop singers, EPO, aka Eiko Miyagawa nee Sato（宮川榮子）. EPO doesn't make a lot of television appearances so to think that she could possibly show up as a Mont Blanc fanatic was incredible to me but not impossible. A few years back, one-half of a former sister rap act appeared on "Matsuko no Shiranai Sekai" to talk of her own hobby so perhaps a surprise appearance by EPO wasn't out of the cards.
When her segment did come on, though, I was able to turn off the alarm. It turned out that it was a different person by the name of Mayumi Satoi（里井真由美）, and she was actually a model, and quite a giggly one, too. But man, did she love her Mont Blanc! 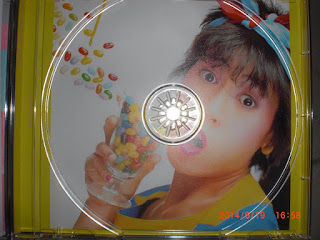 The seed was placed into my brain, though. I had yet to provide an Author's Picks of my favourite EPO tunes. Her KKP file is fairly long so it took a bit to figure out which ones were my absolute darlings and of course I feel sorry that some of them are off the list but I did just want to keep it to five.
At one point, EPO, Taeko Ohnuki（大貫妙子）and Mariya Takeuchi（竹内まりや）were apparently under the same RCA banner so they were called "RCA Sannin Musume"（RCA三人娘）or the Three RCA Daughters, so I gather that they were indeed sisters in a way. Age aside, thinking of them as sisters, I always thought that Ohnuki was the studious and serious bookworm sister into European art and philosophy while Takeuchi was the shy moony-eyed romantic sister always sitting by her window and wondering about her Prince Charming (armed with straggly hair and a guitar, no doubt). But with EPO, I considered her to be the outgoing, brassy and athletic sibling...the one to always rouse up a crowd into some major cheerleading at school. I'd always wondered how I could relate the type of music that EPO created in her early years especially, and I guess the way that I described her as a sister would be it.
Without further ado then, here are my favourite EPO songs and not in any particular order.
1. Girl In Me (1982)
2. DOWNTOWN (1980)
3. U, Fu, Fu, Fu, (う、ふ、ふ、ふ）(1983)
4. Pay Day (1983)
5. Sanbanme no Shiawase （三番目の幸せ）(1987)
Question: Does EPO like Mont Blanc? Discuss.
Posted by J-Canuck at 2:42 PM