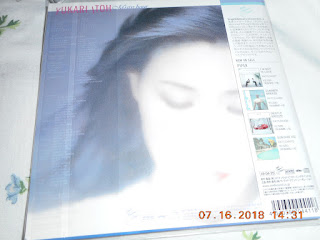 The last time that I wrote about Yukari Ito（伊東ゆかり）was back in February this year for her 40th single "Romanticist"（ロマンチスト）which was released in December 1977.

Well, this time around, I have the B-side which is simply titled "Playboy Magazine" and it was created by the same tandem behind "Romanticist", the dream duo of lyricist Takashi Matsumoto（松本隆）and composer Kyohei Tsutsumi（筒美京平）. I couldn't find the lyrics for this one online but the way Ito sings in that sultry and nonchalant style, I can imagine the whole story being a Japanese version of Hugh Hefner enjoying his typical luxurious day at the mansion.

"Romanticist" has that similar theme of the high life but unlike the breathless ride through the big city there, Tsutsumi's take on "Playboy Magazine" is more playful, relaxed and perhaps more take-it-easy Motown shuffle-y. No need to rush here...just grab a cocktail and float in the pool. It must have been quite the time at the Playboy Mansion.