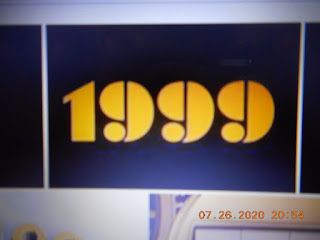 I was never in the situation that the protagonist for this song has found themselves in. During my Japan days, whenever I found myself missing the final subway of the night on a Friday, and that was surprisingly easy back then because transit closed up shop tragically early for a cosmopolitan city like Tokyo (and even now, I think folks from other big cities on the planet may find the final trains and subways in the megalopolis coming and going at a little past midnight somewhat scandalous), I had little choice but to get a taxi. For the record, I've had no problems with cabs or cab drivers. The service is absolutely safe, clean and polite but the fare can add up, and I often had to compete with several dozen other folks who missed their own trains home. However, I was never alone; I just had to be patient.

Well, in singer Chocolat's "Uchuu no Tunnel" (Space Tunnel), the person involved here has just missed their easy commute home one night: all of the taxis are occupied and there's nothing at the bus stop so it's time to light up a cigarette there to figure out next steps. Somehow, though, the idea gets into the protagonist's head that the entrance to the subway downstairs is the portal to space. Methinks somebody may have hit one too many Lemon Sours at the izakaya.

Still, "Uchuu no Tunnel", the first track on the singer's 2nd album "Hamster"（ハムスター）from August 1999, is great fun to listen to. Written by Chocolat and her husband, Akito Katayose（片寄明人）of GREAT3, and composed by Takaki Horigome（堀込高樹）of Kirinji（キリンジ）, the song sounds like a magical carpet ride through the Shibuya-kei filter and going from a mundane subway entrance into the Twilight Zone. I think that there is also something rather kid-like about the whole thing in that the out-of-luck adult gets changed into a ball-of-energy child once they have penetrated the barrier. It may all be drunken fantasy but I've heard of worse ways of spending the night than conked out on the bus stop bench.

The brothers of Kirinji themselves did their own cover of "Uchuu no Tunnel" in their 2002 album "Omnibus" (while J-Wiki says 2002, other sites such as Amazon say 2007). Their jazzier take is more on the adult side with some more of the old sci-fi creeping in via a 70s-sounding synthesizer, a good extra dollop of groove, and the more button-down vocals, but the high tempo is also present so that carpet ride can still be had. Perhaps this version of "Uchuu no Tunnel" is more appropriate for the earlier hours of the night when transit is still active.