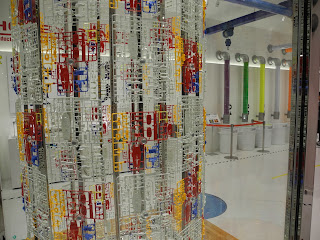 This is going to one of those articles about a song that has struck me as being something weird and wonderful at the same time. I first heard it whenever I watched some of those snippets of anime on YouTube and there was this outro of a squeaky-pitched girl singing to this 60s cheesy organ playing a bossa nova rhythm. Also, I heard it on videos in which little Nezuko from "Kimetsu no Yaiba"（鬼滅の刃）fame was running cute through the forest. It rather stuck to my mind.

Well, it is bossa nova which is a genre that I do dig so the setup was there. In any case, I eventually discovered that the song wasn't just a cute little snippet but a full song (over 5 minutes) titled "Tiny Little Adiantum" that had me initially thinking of a chibi version of the X-Men's Wolverine. But no, the lyrics actually relate the love between a princess and a prince.

"Tiny Little Adiantum" was sung by 3L with lyrics by milka and music by Shibayan of Shibayan Records which apparently specializes in the genres of "nu-disco, lounge and bossa nova". The song certainly checks the boxes of the last two genres, and it made its first appearance in the 2013 album "Toho Bossa Nova 2" produced by the same record company.

OK, getting to the weird part here but apparently the source for "Tiny Little Adiantum" was this song, "Gensokyo, Past and Present ~ Flower Land", from the soundtrack for this game called "Phantasmagoria of Flower View". A lot of commenters have said so and I will say so...I can't hear any resemblance between the two at all. One person said that there was a certain underlying keyboard rhythm from "Gensokyo" that was put into "Tiny Little Adiantum", but to me that's kinda like taking the boiled egg from a Scotch Egg, chopping it up, mixing in mayonnaise, placing it in between two slices of bread, and still calling it a Scotch Egg instead of an egg salad sandwich. I mean, the only thing that is Latin music-like in the source song is the synthesized version of a mariachi band. However, if anyone can explain the connection between the two songs, I'd be wholly appreciative.

In the years since, "Tiny Little Adiantum" has been given additional life from Lil' Boom and Deadman 死人 with the insertion of that famous line from "Fist of the North Star" into the song to the extent that the title is now "Omae wa Mou". Kenshiro might kill you, but you'll be so relaxed.