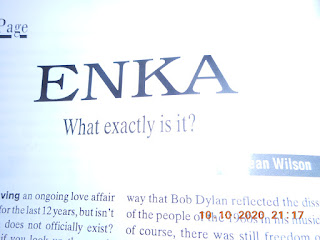 Almost a week ago, I wrote about last week's episode of "Uta Con"（うたコン）being the 200th in the history of NHK's current incarnation of kayo kyoku broadcast and that singer Hideaki Tokunaga（徳永英明）was also celebrating his 35th anniversary in the singing industry. Well, on that same episode, it was additionally revealed that enka prince Keisuke Yamauchi（山内惠介）was also celebrating his 20th anniversary as a singer.
It was just last month that I wrote about Yamauchi's most recent single, "Furukizu"（古傷）and last week on "Uta Con", in commemoration of his 20th anniversary, he sang his debut single from April 2001, "Mujou". I actually had to dig a little deeper to find out how the kanji was pronounced since the dictionaries weren't as forthcoming this time around; in fact, I had to refer to a YouTube video for an early TV performance to hear how the announcer pronounced the title. As for the meaning of the title, that last syllable of jou「情」 has a number of meanings according to Jisho.org but ultimately I've decided to translate it as "Feelings in a Fog" after looking through the lyrics.
Written by Tetsuro Hoshino（星野哲郎）and composed by Hideo Mizumori（水森英夫）, "Mujou" is a pretty darn shibui enka for a 17-year-old kid from Fukuoka Prefecture to tackle as his official debut into singing as the stoic Mizumori melody wraps around the story of someone dealing with heartache perhaps at the de rigueur enka setting of a lonely port. Released in April 2001, there is plenty of wistful and melancholy atmosphere all over, and because of that title, I am reminded of a similar-sounding song from all the way back in 1965, "Muhyou"（霧氷）by Yukio Hashi（橋幸夫）. Same sort of vibes although the Ichiro Tone（利根一郎）melody is even more downcast.
The remarkable thing is how Yamauchi's voice hasn't changed in 20 years. His rendition of "Mujou" sounds as if he had recorded it just yesterday. One thing that I'm happy that he has changed, though, is getting those bangs off of his forehead since his early days. I couldn't find any Oricon ranking for the song but of course, he had even better days ahead of him.
Posted by J-Canuck at 7:44 PM