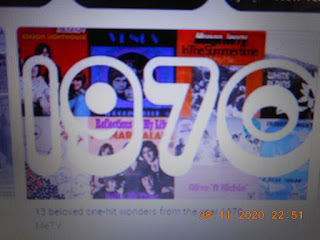 Sadistic Mika Band（サディスティック・ミカ・バンド）has been one of those legendary Japanese groups whose name has been bandied about along with Happy End and Tin Pan Alley. All of them sprouted into existence in the 1970s and as has been the case with the other two, Sadistic Mika Band has had its members who have gone onto some big things on their own or with other musical projects. Among them were the late songwriter Kazuhiko Kato（加藤和彦）who was also with The Folk Crusaders, bassist and prolific composer Tsugutoshi Goto（後藤次利）, guitarist Masayoshi Takanaka（高中正義）and drummer/songwriter Yukihiro Takahashi（高橋幸宏）who would head into technopop band Yellow Magic Orchestra later that decade.

Former contributor JTM in one of his earliest articles for "Kayo Kyoku Plus" wrote about the band when it had that slight change in its spelling to Sadistic Mica Band in the late 1980s. But I'm here today to talk about its early days when it still had that "k" in "Mika". According to JTM, Sadistic Mika Band was influenced by the glam rock produced by T. Rex and David Bowie along with the art rock of Roxy Music and the pop rock of Badfinger. This is good to know since I couldn't find anything about these influences online.

I'm still kinda slapping myself upside the head since I missed out on the opportunity to purchase a copy of SMB's November 1974 2nd album, "Kurofune"（黒船...Black Ship） when I saw it right then and there at an old store of books and records called BMV downtown a few years ago. Simply speaking, I broke my own cardinal rule of grabbing something when I had the chance since I had wrongly assumed that it would still be hanging around when I returned to BMV a week later. Ah, much to my chagrin, it was gone! 😞 I don't know what the condition of the LP was but I was willing to take a chance on it.

Anyways, as I rise out of that self-pity, there is one track on "Kurofune" that's gotten my attention and that would be "Time Machine ni Onegai" (Request for a Time Machine). The song was also SMB's 3rd single from October 1974 and it's the fun rocker about doing all sorts of wonderful things with the titular time machine, although I'm not sure if it would be the right sort of tune to accompany The Doctor's TARDIS (I've always thought something techno for the ol' Type 40 because of the show's iconic theme). Kato was behind the music while lyricist Takeshi Matsuyama（松山猛）provided the words to this rollicking magical carpet ride which vocalist Mika Fukui（福井ミカ）saucily blasts out like a teen punk, although she was already 25 at the time. In fact, because of her vocals, I kinda wonder whether Sadistic Mika Band itself had some influence on future bands such as Sheena & The Rokkets; there's something rather New Wave about "Time Machine ni Onegai", but for now, I'll be happy to label it as New Music.

Some more evidence about Sadistic Mika Band's prescience may have presented itself through its debut single "Cycling Boogie" which came out in June 1972 (yes, almost 50 years ago). It's rock but as in good ol' rock n' roll...and I know that the 50s rock n' roll culture became really popular in the late 70s going into the early 80s in Japan, but perhaps SMB kinda had a hint about what was to come even in the early part of the decade.

I believe that it was Kato handling the vocals in the recorded version since that is indeed him performing "Cycling Boogie" on stage in this video with Fukui doing the boogie twist. Kato was once again behind the music while drummer Hiro Tsunoda（つのだ☆ひろ）, another member of SMB who also made his own fame later on, provided the lyrics of having a totally raunchy time on the streets (Fukui yells out "Let's go doughnut!" right off the top), and I don't think we're talking about banana-seat bicycles here; it's about the motorcycles.

As for the reason behind featuring these particular two singles by the band...well, "Time Machine ni Onegai" and "Cycling Boogie" were used for the opening and ending themes respectively for a 1992 Fuji-TV anime titled "Maboroshi Mabo-chan"（まぼろしまぼちゃん...Little Mabo Maboroshi）. Pretty inspired choices for a show about a stalwart boy and his sister who head over to a mystical land in the attempts to save their petrifying parents.

I'm finally happy to have the opportunity to explore some of that Sadistic Mika Band at last.