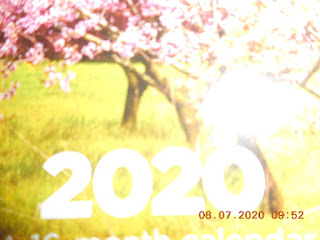 The usual talk around the quarter-century-long "Mission: Impossible" movie franchise has revolved around what incredible stunt set piece will Tom Cruise hatch up to top the last incredible stunt set piece from the previous movie. Because he pulled off a HALO jump and then proceeded to perform bumper cars with two helicopters in "Fallout" last time, I gather that he may just decide to learn to become an astronaut and have a fistfight on the exterior of the International Space Station itself for the next entry.

Still as amazing and action-packed as the last few movies have been, I still have a very soft spot for the original TV series from the 1960s to the 1970s with Steven Hill and Peter Graves playing the first two IMF leaders. In fact, I even have the DVDs of the first few years when Martin Landau and Barbara Bain were helping out. Watching the old episodes is still pretty fun for the most part and despite all of the fake nations and linguistic expressions concocted by creator Bruce Geller (the Gellerisms), the whole thing about "Mission: Impossible" back then was mainly the Cold War battle waged between NATO and the Warsaw Pact in those years.

All that preamble I have given you because I wanted to introduce seiyuu and singer Sumire Uesaka's（上坂すみれ）"SPY", a track from her January 2020 album "Neo Propaganda". I'd written about one other song on the album, "Neo Tokyo Shouka"（ネオ東京唱歌）, a fascinating hybrid of early 20th-century kayo and Soviet-era march. This time, though, "SPY" is an urgent and intrepid technopop-rock tune along with Uesaka's light and slightly whispery vocals about a couple of intelligence operatives from the East and West trying to top one another. There's something that feels kinda 80s about it, and in fact, I can pick up on some New Order vibes. Kenji Ohtsuki（大槻ケンヂ）and NARASAKI were behind words and music respectively.

Returning to Tom Cruise's magnum opus franchise, there are two more movies at least coming down the pipeline. If the ISS may be one setting in the 7th movie, then I can only imagine what would top that in the 8th entry. Time travel?