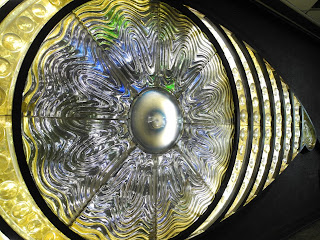 We've had a few siblings represented on "Kayo Kyoku Plus" such as lyricist Etsuko Kisugi（来生えつこ）and her brother, singer-composer Takao Kisugi（来生たかお）, and of course, there are the sisters Iwasaki: Hiromi and Yoshimi（岩崎宏美・岩崎良美）. Now, we've got the brothers Kirigaya. Jin（桐ヶ谷仁）has been on a number of times now but tonight, I'd like to introduce his younger brother Toshihiro Kirigaya（桐ヶ谷俊博）.

Toshihiro Kirigaya, who also likes to go by the names Bobby Kirigaya or Kailani Lehua, made his debut in 1979 but his career of releasing records is very short with only four singles and one album up to 1981. However, he has produced other artists' works since then, such as one for Naoko Gushima（具島直子） and he's even been up with his brother Jin at live performances. According to J-Wiki, he has also been creating jingles for commercials and helping other people in the area of voice training.

His fourth and final single from 1981 is "Hitomi wo Tojite" (Close Your Eyes), an uptempo song that can be placed into the AOR genre. The fascinating thing here though is that the last time I wrote about  Jin Kirigaya via his 1979 song "Return to the Sky", I pointed out how much the older brother sounded like a mix of Off-Course（オフコース）members Kazumasa Oda（小田和正）and Yasuhiro Suzuki（鈴木康博）. Well, right here with "Hitomi wo Tojite", written and composed by Toshihiro and arranged by bassist Tsugutoshi Goto（後藤次利）, I can say that the younger brother also sounds like Oda and maybe even band Tulip's（チューリップ）Kazuo Zaitsu（財津和夫）. Coincidentally enough, the J-Wiki article also mentions that Toshihiro has also covered Oda's songs. Certainly, "Hitomi wo Tojite" has that folksy pop feeling of either an Off-Course or Tulip tune.