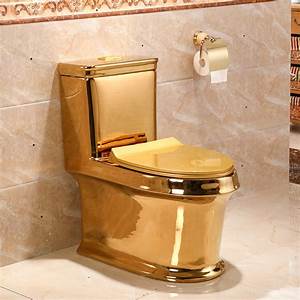 I guess we all gotta go sometime...🚻

The above photo is one that I actually found on the website Royal Toiletry and this gold toilet is selling for about $2,199. Incidentally, if Royal Toiletry comes across this article and isn't happy about seeing the photo as a thumbnail, then please let me know and I'll remove it. Anyways, I was surprised at the price since it's actually only half as expensive as the TOTO toilet that my friend got from Japan with all of the technological knick-knacks.

Well, the reason for Goldie above is that this song was in the backlog (and I'm not being cute by using that word here) for a lot of months, so I thought it was time to give it its due. This is "O-Toire Song" (The Toilet Song) and it's this cute little ditty sung by Yuuji* Nakazawa（中沢勇志）that was used as the commercial jingle for a bathroom air freshener called Picolet.

Lyricist Akira Ito（伊藤アキラ）provided the words for this kid who really wanted to go and then enjoyed the pause that refreshes while the late CM song master Koba Hayashi（はやし・こば）presented this tango-esque melody. I tried my best to track down when this record was made and it took a photo of the single and a very weathered date tag of Showa 56（昭和56年）to finally inform me that it was most likely released in 1981.

I did find the actual commercial itself thanks to Mirror Record with a rather worried angel helping the kid over to the little guy's room. Was kinda surprised about that release date since the song and even watching the commercial itself had me thinking that "O-Toire Song" was a far older creation. And just in case, you want a further whiff of toilet (ahem) music...

*It seems that the kanji for the first name of young Nakazawa has a few readings but I did go with Yuuji, according to Jisho.org. However, if anyone knows the official pronunciation, please let me know here, too.
Posted by J-Canuck at 4:52 PM