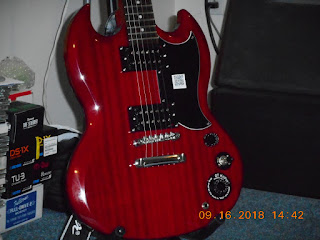 I read the report on Mixi about an hour ago and unfortunately, Takeshi Terauchi（寺内タケシ）, the leader of Takeshi Terauchi & Blue Jeans（寺内タケシとブルージーンズ）, the ereki band from the early 1960s, passed away yesterday at the age of 82 from pneumonia. Allow me to give my condolences to his family, friends and fans.

It was only back in April this year that I first read about Terauchi in the book "Sayonara Amerika, Sayonara Nippon ~ A Geopolitical History of J-Pop" (2012) by Michael K. Bourdaghs, and as such, I wrote up about his band's "Ame no Omoide"（雨の想い出）from 1965. One thing that I didn't mention in that article is his grand title: "Ereki no Kamisama"（エレキの神様...The God of the Electric Guitar）.

As tribute to Terauchi, I give you one song that has been called one of Terauchi & Blue Jeans' trademark tunes, "Blue Jeans No. 1". According to an Instagram page, the song was released with "Your Baby" as a 45" single in August 1965 and according to the YouTube explanation for the above video, it was also a track on a 1964/1965 LP release titled "Beat! Beat! Beat! Vol.1&Vol.2".

This instrumental "Blue Jeans No. 1" is a robust and jaunty guitar lark with skippy drum beats and a cheerful electric organ that was all concocted by Blue Jeans' member Kunihiko Kase（加瀬邦彦）. Terauchi and the gang sound like they're having a good time of it all. Considering the date of release, the song probably wouldn't fall under the Group Sounds umbrella but within the last little bit of the ereki boom in the early part of that decade.