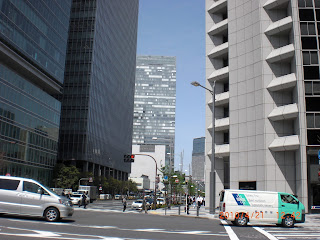 I don't do it all that often but I was cruising through some of the many YouTube City Pop compilations out there and I may have hit some pay dirt with one video.

For one thing, I discovered this great tune there by composer and arranger Shiro Sagisu（鷺巣詩郎）called "Fly!". Now, Sagisu is a name that I've heard a fair bit over the years as he's performed his work for singers such as Kohmi Hirose（広瀬香美）and Kanako Wada（和田加奈子）. And speaking of Wada, Sagisu helped out on one of the number of songs that she provided to the 80s anime "Kimagure Orange Road"（きまぐれ・.オレンジ☆ロード）, "Natsu no Mirage" （夏のミラージュ）. Of course later on, he came up with the soundtrack for "Neon Genesis Evangelion".

I had no idea, though, that Sagisu was delving into the City Pop genre but indeed he did with his debut album "Eyes" (1979) under the name of Shiro Sagisu with Somethin' Special, and with "Fly!" (29:39), I was immediately smitten. Not sure whether this would come under the disco or the post-disco banner (I'd slant toward the latter) but "Fly!" is as smooth as those clarified milk punches that the guy on the "Cocktail Chemistry" channel shakes up. Furthermore, although her name wasn't included underneath the title, Keiko Sugai（須貝恵子）is well worth putting up in my byline above. After all, Sagisu may have composed this banger of a song but Sugai is the singer with the soul punch in her vocals along with Martin K. Bracey on the lyrics.

There is at least one YouTube video with "Fly!" on its own but for whatever reason, it's been severely truncated from its 6 minutes and 7 seconds so I've gone with the full album above since it has the full version of the song. All of the instruments come together for a great jam including the bass and a saxophone, although the last 30 seconds or so of the song suddenly make a right-angle turn into some furious jazz piano noodling.