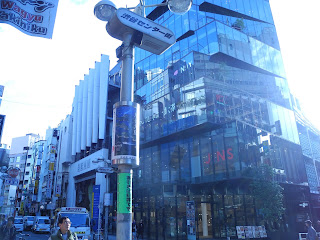 It's been a while since I've put up an Awesome City Club song so I think tonight's a good night to do so.

This group of Tokyo-based musicians and singers exploring the various facets of rock, R&B and Neo-City Pop has been around since 2013 and I've contributed a couple of articles on Awesome City Club so far: "Don't Think, Feel" and "Outsider"（アウトサイダー）. A good friend of mine has been a convert to their cause for a while and I got to find out about ACC through from him some years ago. Since writing about "Outsider" in 2018 though, there have been a couple of departures from the group. Vocalist and rapper Takumi Matsuzaka（マツザカタクミ）left in 2019 while drummer Yukie（ユキエ）said goodbye in 2020.

But let's go back to January 2017, shall we? ACC released their fourth and final album in the "Awesome City Tracks" series titled logically enough "Awesome City Tracks 4", and one of the tracks is "Seishun no Munasawagi" (Apprehensions of Youth). Listening to this one song and the other two that I've come across, I think ACC has been about looking at the positivity in life, and even with Matsuzaka and vocalist/keyboardist Miho "PORIN" Doshida's（土志田美帆）lyrics about what seems to be efforts in bringing life to a relationship that has fallen on hard times on the first snow in Tokyo (specifically Shibuya), the impression is that things are very likely to be salvaged and brought back to a healthier state. Vocalist/guitarist atagi was responsible for the lightly funky music.

"Awesome City Tracks 4" was their best of the four albums in terms of Oricon rankings as it hit No. 30. Incidentally, I always wondered how the band came up with their name. Well, according to J-Wiki, it was Matsuzaka who came up with the term City Club that he thought better described themselves than as a regular band since he felt that the group had more of a looser project-type feeling. Then, the Awesome was placed as the first word because it felt really good reading it.

Hope ACC is continuing to do well. They actually released their latest digital download single a few months ago "Matataki"（またたき...Blink）. 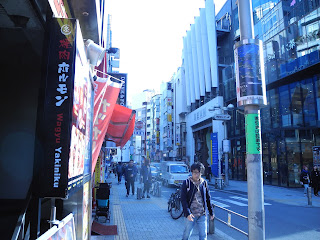