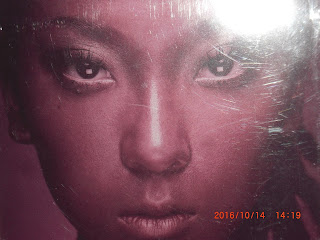 Well, happy to say that I finally got my second shot of the vaccine earlier this afternoon, and despite a sudden major cloudburst, everything went amazingly smoothly. In fact, I received my vaccination so quickly that I was actually out of the community centre at the same time that I was supposed to have arrived there. So far, so good about any potential side effects, though. I don't even have a sore arm but I'm knocking on wood rather fiercely as I type this.

Years ago in high school, Antoine de Saint-Exupéry's "The Little Prince" was required reading in French class so of course, we knew it as "Le Petit Prince". As one of the most famous literary examples of the observation of the human condition, I'd heard that depending on the age of the reader, that reader will gain different insights about the plight of Man. However in all honesty, although I remember that I did read the book, there is very little else that I remember in terms of the contents; in fact, I had to look up the Wikipedia article on "The Little Prince" to check its contents. Perhaps in my middle age, I should give Saint-Exupéry's magnum opus another go but I have to admit that I was never all that much of an appreciative bibliophile. Still, there might be something in the book that might have a connection with what we've all been through over the past year and change.

From what I've read on Wikipedia, "The Little Prince" is a rather somber story so it was with some surprise that I discovered J-R&B songbird Misia's "Little Rose" which was inspired by the 1943 novella. Written and composed by the singer, this track from her 5th original album "MARS & ROSES" from February 2004 is quite the uptempo and cheerful song with plenty of beats, and as the title hints, it's about the prince falling in love with that rose from the story itself. I can only hope that the story in "Little Rose" ends much more on a certain and happier note.

Certainly at the time that "MARS & ROSES" was released, I had been starting to think that Misia was only aiming to put out the melancholy ballads so to realize that there was something like "Little Rose" among the love songs is nice to know. As for the album, it peaked at No. 3 on Oricon and ended up as the 58th-ranked album for 2004.

Email ThisBlogThis!Share to TwitterShare to FacebookShare to Pinterest
Labels: 2004, J-R and B, Misia, Single