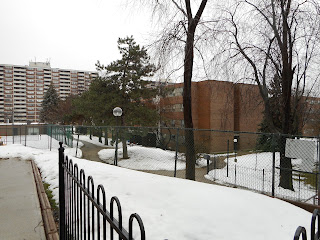 According to the mass media, today is supposed to be Blue Monday. This was so coined due to the combination of post-Holiday blues, the continuing shorter period of sunlight during the winter, and the bills coming in from all that Yuletide carousing last month. I should have my own bills coming in over the next couple of weeks, but I don't think they will be too painful.


But never let it be said that "Kayo Kyoku Plus" can't at least try to blow back some of those blues so I've brought in the first entry for the blog categorized as a 2017 song, the opening theme for the new anime "Kobayashi-san Chi no Maid Dragon"（小林さんちのメイドラゴン...Miss Kobayashi's Dragon Maid）by pop group fhana as their 10th single.

Along with the fact that it is the first song to be given the 2017 tag, "Aozora no Rhapsody" (Blue Sky Rhapsody) has my own little distinction of being the first article I'm providing of an anison of a show that I have the potential of seeing next Sunday (I believe my anime buddy just came back home yesterday) or at the end of January, provided that he is interested in "Kobayashi-san Chi no Maid Dragon". I've usually touted my like on KKP for an anime theme after viewing at least the first couple of episodes of the new show.


However, I first found out about the song a few days ago while perusing YouTube and catching the lively video of the actual band prancing about. It and the song are pretty fun and catchy, especially with that opening lyric of "Chu, chu, YEAH!". Plus that bouncy arrangement and towana's rapid-fire vocals helped me get out of my funk that night.

There's also something rather sweet about hearing and writing about fhana again since a few years ago I wrote about their debut single, the amazing "Que Sera Sera" (ケセラセラ) which was the ending theme for the gloriously animated "Uchoten Kazoku"（有頂天家族）. It remains one of my favourite anison. But the mellowness of "Que Sera Sera" certainly contrasts with the super happy nature of "Aozora no Rhapsody" with both songs being contributed by band leader Junichi Sato（佐藤純一）and lyricist Hideki Hayashi（林英樹）.

No Oricon rankings as of yet since the single itself won't be out until January 25th, still over a week away. (February 20 2017: It actually peaked at No. 24, the band's 2nd-highest ranking thus far.)

Also, have a gander at the just-as-infectious ending theme.
Posted by J-Canuck at 1:21 PM