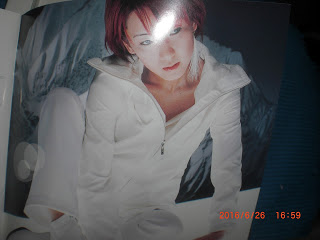 The Pyeongchang Winter Olympics are peeking around the corner and I'm hoping that they will be very successful. I don't remember what I've said about past recent Olympics on the blog but here I will say that my loyalties aren't torn between Japan and Canada...they are doubled. I hope that both teams will reap in their fair share of medals.


I've been meaning to put singer-songwriter Kohmi Hirose's（広瀬香美）"The BEST ~ Love Winters" into the CD player once again for some time since I think at this time, she, as the Queen of Winter, would be someone ideal to listen to. And wouldn't it have been nice if she had been allowed to come up with her own contribution to the Olympics?

So, allow me to put in her 2nd single "Futari no Birthday" (Birthday for Us) that was released in May 1993. The release date may have been in the spring of that year, but I don't think there's any doubt that this is a romantic winter ballad right from the opening notes which induce a feeling of a cold winter night. Strangely enough, "Futari no Birthday" didn't seem to make it into the Oricon charts after it had been first released but I think it's still a lovely song, and as Hirose pointed out in the above video, it is one that she dearly loves.

And why not? As the woman in the lyrics muses to herself, since there is a lot of time between the birthday of her beloved beau and December 25th, she proposes that there be a secret birthday for the two of them together created sometime in the middle. Awwwwwwwwww....must be early in the relationship.

I have to admit because of the dynamism of some of Hirose's other songs, "Futari no Birthday" has often slipped my mind when it comes to remembering it. However, having become re-acquainted with it, it's nice to listen to and I'm not surprised that the audience in the top video was more than happy to help the singer out in the performance. The song was also in her 3rd album "Success Story" from December 1993 which did far better than the single by reaching No. 2 on Oricon and becoming the 26th-ranked album of 1994, going Platinum. And no problems with her single history since the next one after this one became her biggest seller.

For the longest time, Hirose seemed to have kept her real name a secret and even J-Wiki wasn't privy to it. However, when I took a look at her article one more time today, the name was finally revealed as Mami Yonemitsu（米光麻美）. And from an article about her in the magazine "Shuukan Gendai"（週刊現代...Modern Weekly）from December 2012, she was born in Wakayama Prefecture but was raised for at least part of her childhood in Fukuoka Prefecture. According to an episode on her own radio show on the Nippon Broadcasting System, Ms. Yonemitsu came up with her stage name by opting for the first name of an ex-girlfriend (Kohmi) of a Japanese guitarist who had been living in Los Angeles named T.J. Hirano, while the last name was selected from a whole list of candidates by her staff just before her debut. Interestingly, the aforementioned Hirano is now the director and president of Do Dream Inc. which is the managing corporation behind Hirose's music school.
Posted by J-Canuck at 4:26 PM