Giving credit where credit is due, I have to thank commenter Matthew Cole for introducing me to the latest single by band Sakanaction（サカナクション）, "Shin-Takarajima" (New Treasure Island). I first heard about the band when I saw them appear on the 2013 Kohaku Utagassen with their catchy "Music", and I got the impression over the past few years that vocalist/songwriter Ichiro Yamaguchi（山口一郎）has more hooks than my father's tackle box in his musical arsenal. As I mentioned in the article for "Music", Sakanaction got some very appreciative applause for that Kohaku performance.

First off, "Shin-Takarajima" also has a great hook by using synthesizers that sound like they came from the 80s. According to the J-Wiki article on the song, although Yamaguchi hadn't intended to do so, it was felt that the song approached something similar to some of the old tunes by 70s band Godiego（ゴダイゴ）, but for me, due to those retro synths, I immediately thought of live Yellow Magic Orchestra. The genres of uptempo pop, alternative rock and dance music were mentioned for "Shin-Takarajima", and I think it's because of all of these different sources that the song has quickly grown on me. Sometimes fusion efforts such as this can create a quirky appealing sensation in my brain.


"Shin-Takarajima" was created by Yamaguchi as the theme song (Sakanaction also composed the soundtrack) for the real-life movie version (October 2015) of "Bakuman"（バクマン）, the successful manga about a couple of young men aspiring to become manga artists which also became an NHK anime. And Yamaguchi got his title from the original work "Shin-Takarajima" created by The God of Manga himself, Osamu Tezuka（手塚治虫）. In interviews, Yamaguchi mentioned that when he was asked to make the theme song, he wanted to refer directly to the story of the two teens aspiring to become manga artists. He also stated that he had needed to learn about the industry and asked himself about the roots of manga. Well, his question led him to Tezuka and then "Shin-Takarajima" which turned out to be the breakthrough work for the legend. Even the lyrics refer to the story of "Bakuman" itself about encouraging each other to keep on going with the efforts to reach that treasure island or promised land.


However I have to finish off the article here with the music video for "Shin-Takarajima". I mentioned to Matthew that I found it a hoot since it was a direct riff off an old variety show that I used to see on video way back when. In fact, I don't think I've openly laughed at a music video the way I did last night when I saw this one a few nights ago.

The video is based on the opening for  "Dorifu Dai Bakusho"（ドリフ大爆笑...The Drifters' Big Laughs）, the Fuji-TV music-variety show starring comedy team The Drifters that aired on Fuji-TV for something like 20 years starting from 1977. I was quite surprised by that fact since I knew about The Drifters' most famous show on TBS "Hachi-ji da yo! Zen'in Shuugo"（8時だョ!全員集合...It's 8 O'Clock! Everybody Assemble）which also had a very long run on that network; I'd assumed that "Dorifu Dai Bakusho" was just a TBS compilation of the best of the team's sketches but apparently it was entirely its own independent production with its own skits.

Sakanaction and the rest of the production staff pulled the parody off wonderfully right down to the somewhat non-committal Drake-level choreography and the energized work of the cheerleaders. The band even made fun of the quick-stop previews of the upcoming sketches. What also sold me was the completely deadpan expressions on the members' faces although they wore some fairly mod outfits contrasted with the sober corporate suits that The Drifters wore.

The announcements for this year's Kohaku will be coming out in the next couple of weeks. I hope that Sakanaction returns to the Shibuya stage with this one. "Shin-Takarajima" is the band's 11th single from September 2015 and peaked at No. 9 on Oricon. 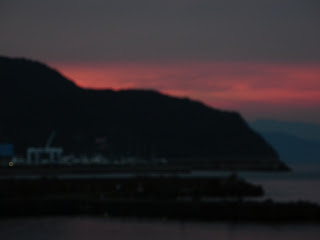 P.S. Along with Yamaguchi, the rest of Sakanaction are: