The very first anison article I did for "Kayo Kyoku Plus" back in early 2012 was the epic theme for "Space Cruiser Yamato" by Leiji Matsumoto（松本零士）. The second article was for another Matsumoto sci-fi franchise, "Galaxy Express 999" via a lovely ballad that was featured in the first motion picture treatment for the most famous train in anime, "Yasashiku Shinaide"（やさしくしないで）by Kumiko Kaori（かおりくみこ）. Since then, I've done a couple of more articles for the main themes for the movie by Godiego（ゴダイゴ）.

Well, it's time to talk about the theme songs for the original TV series which ran from 1978-1981 on Fuji-TV. The opening theme, "Ginga Tetsudo 999" still manages to raise the hair on the back of my neck even though the melody by Masaaki Hirao（平尾昌晃）comes across as milder when compared to the Yamato theme but I think that's the wonder of the professor emeritus of anison Isao Sasaki（ささきいさお）with the Suginami Junior Chorus（杉並児童合唱団）. He could make "Happy Birthday" sound like the finest battle anthem!


And not to put down the melody...it may be milder in comparison but in its quieter but no less epic way, Hirao and lyricist Jun Hashimoto（橋本淳）have been able to convey the incredible adventures that the Three-Nine has experienced. I also enjoy how the song just fades in after the train starts chugging down the tracks. Furthermore, I'm not sure whether Hirao had been aiming for this combination, but I could pick up hints of Mood Kayo and City Pop through the arrangement such as the percolating bass. "Ginga Tetsudo 999" is the musical passport for your voyage through the stars.

I still get rather verklempt whenever I listen to the ending theme, "Aoi Chikyuu" after all these years, again thanks to the triumvirate of Sasaki, Hirao and Hashimoto. The title might mean The Blue Earth, but it strikes me as being a lullaby between mother and son or Maetel and Tetsuro. As soon as the whistle and the strings begin before Sasaki's voice enters, I sometimes have to set the Kleenex box near the computer. I guess in a way, it would make for a fine Mother's Day kayo.


"Aoi Chikyuu" was actually the first song that I had heard which was connected with "Ginga Tetsudo 999" via the instrumental version in the trailer for the first movie in 1979. The single, and I'm assuming that the two songs occupied the same 45", became the No. 1 song on Oricon in the Anime/Children's Songs category for that same year.


I borrowed the videotape of the original first movie only having seen certain pictures of the mysterious Maetel and the train along with catching some scenes here and there from the TV show. So I didn't know too much about what "Ginga Tetsudo 999" was all about and since my copy of the movie had no subtitles, I couldn't understand everything about the plot. However in compensation, the animation and soundtrack were just gorgeous so by the end of the movie, I really wanted to live in the far future. The above video shows the movie, and at the 2-minute mark, the orchestra ramps it all up with what I think is a short but magnificent tribute to "Aoi Chikyuu". Fans couldn't have asked for a finer musical introduction. 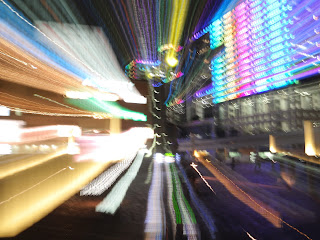