When I was about to make the final flight back to Canada for good almost 5 years ago, one of my friends was kind enough to give me a goodbye present in the form of a Carmen Maki（カルメン・マキ）CD. I had never listened to any of her music before but I had heard about her reputation as one of the early female hard rockers. And sure enough, listening to the various tracks, there was something about Maki (birth name: Maki Annette Lovelace) which struck me as being similar to Janis Joplin although I was never a huge fan of Joplin. Plus, I thought that she could have been a precursor or inspiration of sorts to Anne Lewis who started out as a sweet singer of kayo before moving into rock.

What strengthened that last statement was finding Maki's debut single from February 1969 which was as far away from rock as possible. "Toki ni wa Haha no nai Ko no you ni" (At Times, Just Like A Motherless Child) was written by Shuji Terayama（寺山修司）, the director of the acting troupe Tenjo Sajiki（天井桟敷）which Maki had entered as a new actress, and composed by Michi Tanaka（田中未知）who had been Terayama's secretary. The song is probably one of the most melancholy folk songs that I had ever heard thanks to that harmonica and Maki's lonely and desolate vocals.


I don't have a full handle on the lyrics but Terayama seemed to have written about a girl's inner loneliness and restriction in a way that made it sound as if it were preferable to be without a mother so that the girl would at least have the freedom to explore on her own whether it be on a solo trip or a visit to the ocean. In fact, according to J-Wiki, the waves heard at the intro and at the ending of the song were taped at Kanagawa Prefecture's Shonan seaside district, not too far away from Maki's hometown of Kamakura.

"Toki ni wa" made a good opening impression upon listeners since the song became the 9th-ranked entry for 1969 and earned Maki an invitation to the Kohaku Utagassen for that year.

I will have to write about one of her rock numbers in the near future. 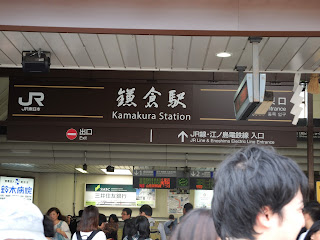