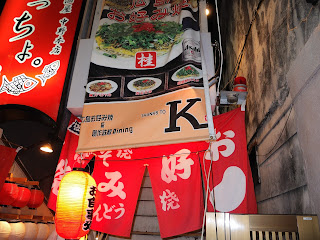 Went out with some good friends to catch "Wonder Woman" today. It's been a while since I've seen a blockbuster flick so early in its release so it was actually rather nice to hear some laughter and emotion from the larger audience. As for the movie itself, I was quite happy for DC that they finally got the successful superhero movie they had been desperate for. No guarantees on what "Justice League" will be like later this year but at least they've got one hit on their hands.


I wrote my first Ayumi Hamasaki（浜崎あゆみ）article just a little over 2 years ago and related the fact that I was never such a big fan of hers aside from a few exceptions such as "SEASONS". However, I cannot deny that a decade or so ago, she was pretty much the female pop superstar in Japan. Figuratively speaking, I could have thrown a rock somewhere through the TV airwaves and there would have been a good chance that it would have struck a performance or a music video of the lass.

Furthermore, even with my relative apathy toward her music, I'm fairly certain that if a few bars of her music flowed into my ears, I would still be able to identify it as a Hamasaki tune. She was that widespread in the pop culture zeitgeist going into the 21st century. Even listening to her very first single "poker face", there was a certain piece of melody that fired off some memory engrams in my head.


I have to admit that listening to the whole song and watching the music video at the top, I did get some flow of nostalgia due to the 90s synthesizer work and seeing a fresh-faced Hamasaki performing. There was none of that heavy makeup, blonde tresses and the glamour that would characterize her looks during the prime of her career. It was just that Fukuoka-born woman barely in her 20s launching her way to stardom.

"poker face" was released in April 1998 with Hamasaki writing the lyrics and Yasuhiko Hoshino（星野靖彦）providing the melody. It peaked at No. 20 on Oricon. The song (and her next 4 singles) was also part of her debut album "A Song For xx" from January 1999 that had a couple of consecutive runs at No. 1 before ending the century as the 16th-ranked album of the year. It not only went Platinum but also earned Best Album honours at the Japan Record Awards.
Posted by J-Canuck at 11:37 PM