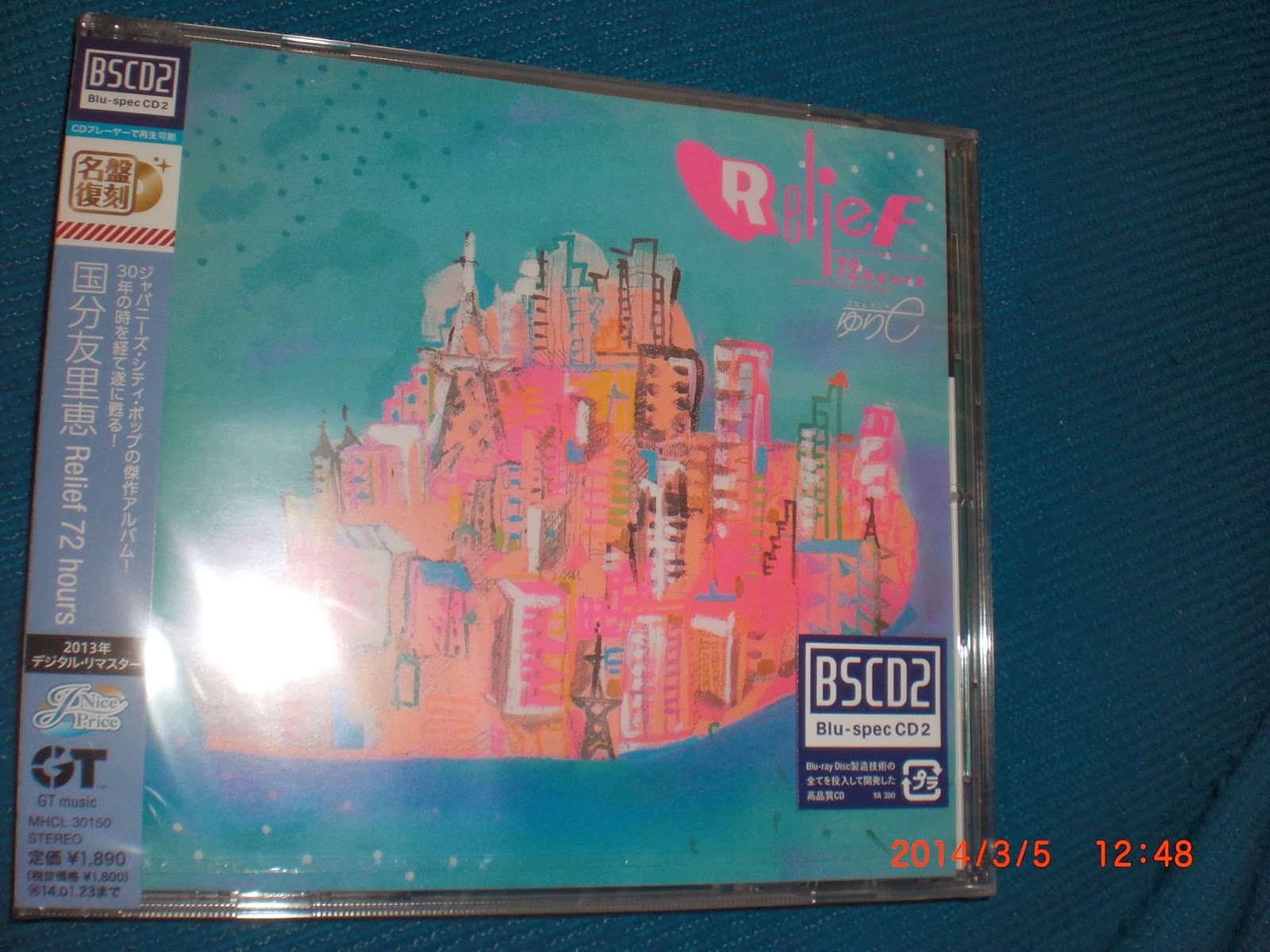 As I said on the article for the song, "Tada Nakitakunaruno" （ただ泣きたくなるの）which was sung by both Miho Nakayama（中山美穂） and the original lyricist Yurie Kokubu（国分友里恵）, I'd heard about the latter singer through some of her commercial tie-up songs and then found out about her role in the making of this ballad for Miporin. Well, I ended up getting her 5th album, "Akogare" (憧憬...1995) from the strength of her rendition. The album on the whole took on a tone of quiet, strong and relaxing...something along the lines of mature J-AOR and something that would be heard in a café on a suburban street.

Well, when I was looking through YouTube for Kokubu's cover of "Tada Nakitakunaruno", I also came across a number of her songs from her debut album, "Relief - 72 Hours". Released in September 1983, the songs that I heard via YouTube were surprisingly bouncy and sassy, even considering that this was the singer 12 years earlier from "Akogare".  And it's very much in the City Pop vein. Whereas Kokubu in the 90s was having that cup of tea with an old high school buddy just after work, "Relief" was more of her party girl image.

So, just as I had been sparked by Kokubu's version of "Tada Nakitakunaruno" to pick up "Akogare", I pulled the trigger from my YouTube experiential taste-testing and purchased "Relief - 72 Hours" via CD Japan a couple of weeks ago. First off, I gotta say that the title of her debut album reminded me of certain brand names like "Tylenol" and "Bufferin", but y'know, I can understand the idea behind it about getting away for 3 days from the rat race. And "Relief - 72 Hours" was prescient in a way....now that Tokyo's Haneda Airport has a much more liberal opening time, folks can literally head off for Saipan or Guam from work on a Friday night and fly back in on an early Monday morning flight.

Anyways, Track 1 has the interesting title of "Snob na Yoru e"（スノッブの夜へ...Heading Towards a Snobby Night）. And right off the bat, the music has that feeling of enjoying the night life. The chorus and the what I would call the "champagne" keyboards definitely bring that feeling of the-sky's-the-limit Japan of the 1980s. With lyrics by Kazuko Kobayashi（小林和子）and music by Soichi Noriki（野力奏一）, "Snob na Yoru e" could be the ideal theme song for a young woman doffing her OL uniform and throwing on the party dress for a night out in Aoyama. In a way, it strikes me as being a sister tune to Kaoru Sudo's "Mayonaka no Shujinko"（真夜中の主人子）. Listening to it a couple of times now, I thought the arrangements made me wonder when Al Jarreau of the 80s was gonna jump in behind the mike.

Track 2 is "Koi no Yokogao"（恋の横顔...Profile of Love） which is a fun and peppy tune reminiscent of a combination of EPO's songs during that time and something straight from either the Doobie Brothers or Jackson Browne. The words were also by Kazuko Kobayashi but the melody was from Tetsuji Hayashi（林哲司）. Going further into the liner notes, there were some familiar faces amongst the musicians such as Jake Concepcion on sax, strings by Joe Group and Tsuyoshi Kon（今剛） on guitar.

"Just A Joke" is a bit of fun and harmless disco-pop by lyricist Masako Arikawa（有川正沙子） with Tetsuji Hayashi and Tadashi Yamashita（山下正） behind the music. Again, I got reminded of some the radio-friendly stuff I listened to back in those days such as the aforementioned Jarreau and The Manhattan Transfer when they were aiming for a more contemporary pop sound in the early 80s. Perhaps producer Jay Graydon was an inspiration for a lot of the City Pop folks.

"Party ni Hitori"（パーティーに一人...Party For One） was the first track I heard from "Relief 72 Hours" on YouTube, and was struck by how City Pop it was. And since I'd only really known Kokubu from "Akogare" when her voice had a richer timbre, hearing her back in her earliest days was a revelation. Her vocals were higher but they sound as if they were just made for this genre....really nice and smooth. Arikawa (who had also helped out on the most successful City Pop album of them all a couple of years earlier, "Reflections" by Akira Terao) was once again behind the lyrics here and Noriki provided the Perrier-friendly melody.

The last song I have for you is "Tobashite Taxi Man"（とばしてTaxi Man...Step On It, Taxi Man） by Arikawa and Ken Sato（佐藤健）. A bit more in the funk-pop vein, Kokubu is singing about getting an SOS of love via phone at 2 a.m. in the morning; so of course, she barely changes into street gear and gets on that taxi for the downtown rescue ride.


Through my latest charge on my credit card, I ended up buying 4 discs in all, including "Relief - 72 Hours", and at this point, I think Kokubu's debut has been the winner for me. Not that the others were disappointments by any means, but this particular LP...sorry, CD....went down nice and smooth from beginning to end. Of course, it got a write-up in "Japanese City Pop" where the critic was very effusive in his praise. I'd be more than happy to see if some of his other raves also pass muster. 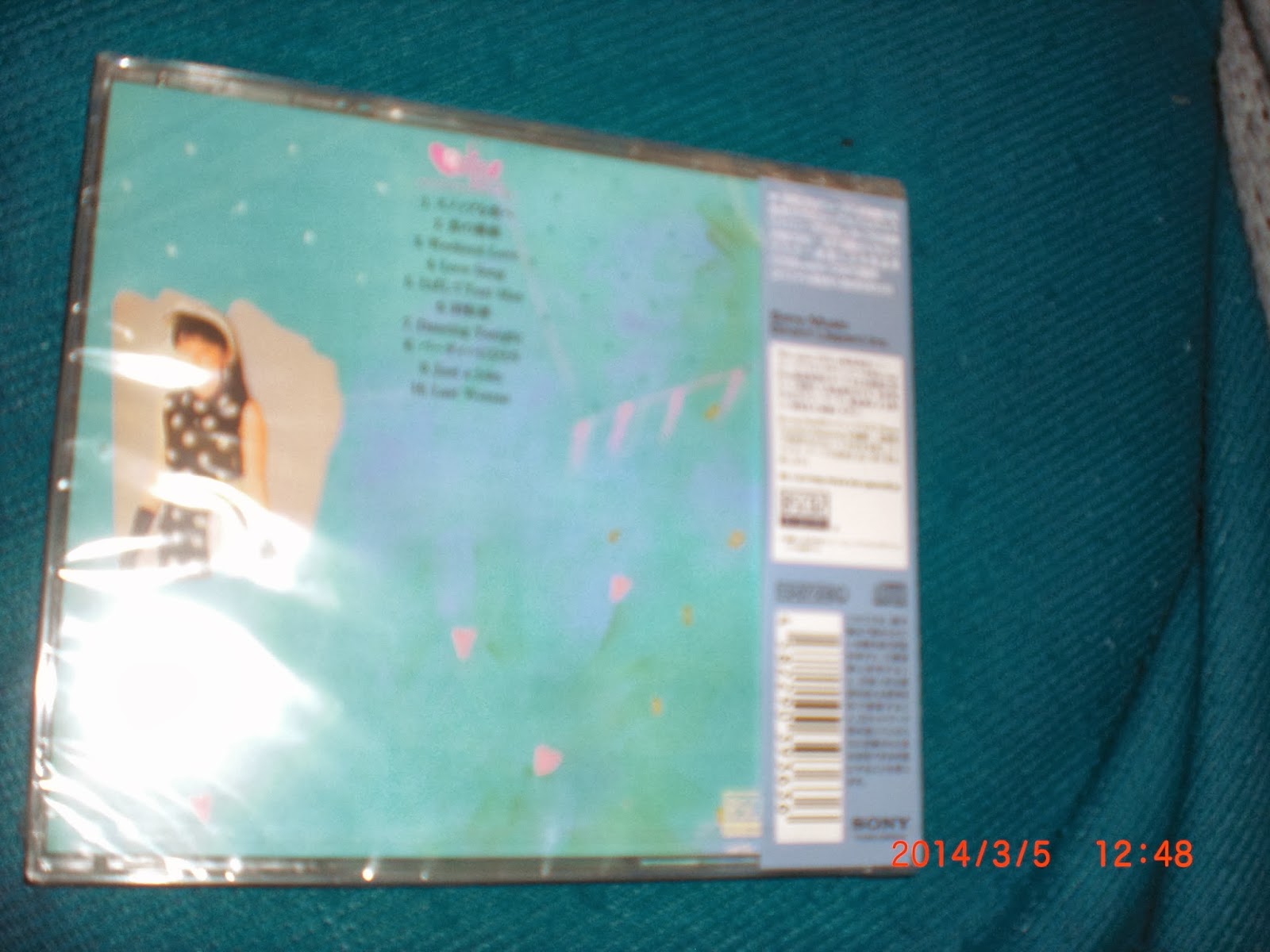 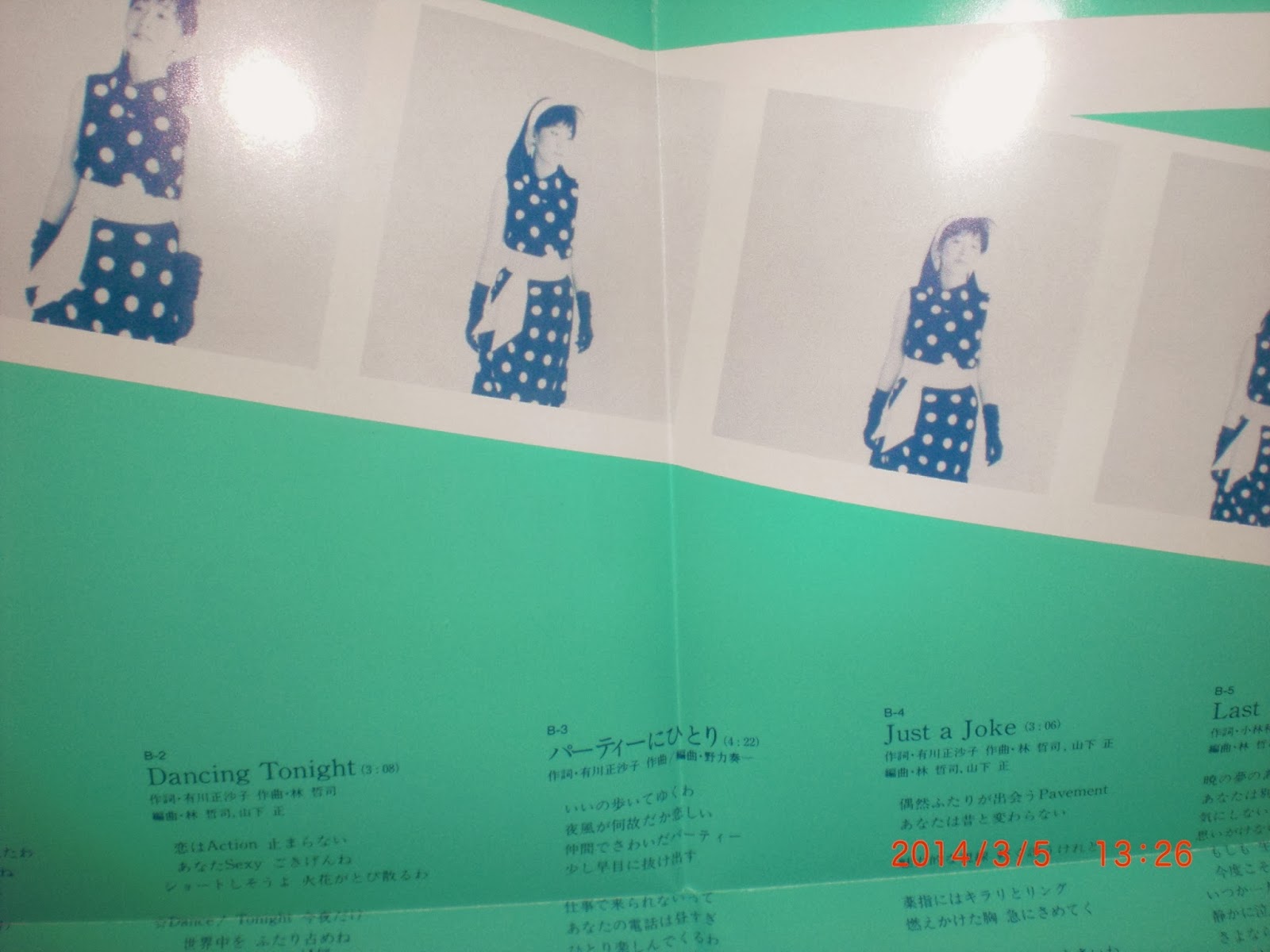