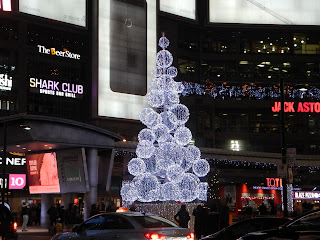 Well, I hope everyone has enjoyed their Xmas. Perhaps some of you are already getting into Boxing Day Sale mode. As for me, I was on turkey roasting duty today, and I realized how much of a Halo game making a traditional Xmas dinner can be. The bird took longer to defrost and took longer to roast, and the stuffing didn't quite work out by my estimation. All I can say to you who may be interesting in taking up the baster someday, DO NOT take any advice from the Internet at face value; take it as a guide but not as the hard rule.


In any case, now that I've gotten that (and other things) out of my system, allow me to give you (and me) some mellow time with Kyoko Nakazawa's（中沢京子）"Machi-wabite" (Pining For You). Who she, you ask? Yes, well, that was something I was also pondering myself. Her brief story reminds me a lot of another young singer of the 1970s who had also come and went like the wind, Kayoko Ono（小野香代子）with "Sayonara no Kotoba"（さよならの言葉）.

Like Ono, Nakazawa had entered the Yamaha Popular Song Contest  (the 1974 edition) with her own creation of "Machi-wabite", won a prize, and then basically left show business. Mind you, Nakazawa had written and composed a few more songs whereas Ono made just the one, but "Machi-wabite" was Nakazawa's only single released in April 1975. And although I admit I haven't nosed around too hard, I think there is even less information on this singer than what I could find for Ono.


Ono's "Sayonara no Kotoba" is this sweet innocent waltz but "Machi-wabite" seems to be a somewhat more grounded and wistfully introspective ballad with the girl from the first song becoming the more mature woman in the second, still pining for that lost love whether he was a love-'em-and-leave-'em cad or a boy who just merely drifted away into history. There is something about this song that would make it sound perfect for listening in some cafe during a rainy day.

In any case, this is another one of those intriguing musical mysteries. By the way, the video directly above is a radio broadcast which only seems to come through just one speaker so please be advised.
Posted by J-Canuck at 12:02 AM