Yes, I guess I'm on the "GochiUsa" kick tonight after writing about "No Poi!"（ノーポイッ!）earlier. But I came across a rather delightful version of the first opening theme "Daydream Cafe" so would like to show that to you but allow me a little space for some prefacing.

Along with the main female cast of "Gochuumon wa Usagi desu ka?"（ご注文はうさぎですか？...Is The Order A Rabbit?）, there are a couple of minor characters. One is Blue Mountain (Midori) Aoyama（青山 ブルーマウンテン）, the somewhat spacey-sounding author as played by Saori Hayami（早見沙織）whom I've seen in other anime such as "Mangaka-san to Ashisutanto-san to"（マンガ家さんとアシスタントさんと...The Comic Artist and Assistants）as the oft-harassed Sahoto Ashisu and "Soul Eater Not!" as the slightly snooty Anya Hepburn. In "GochiUsa", her character of Blue Mountain is truly mellow (maybe that's not just coffee in her cup) although she has a rather disturbing habit of staring at Sharo's lower extremities.

The other character has far less time on the show: Chino's father, Takahiro Kafuu（香風タカヒロ）, the master of Rabbit House the Bar, and a truly amiable ex-soldier with a darn fine voice. He is played by veteran seiyuu Show Hayami（速水奨）, who is incidentally no relation to Saori Hayami (as you can tell from the kanji). I was surprised to find out that he had voiced Maximilian Jenius, the bespectacled ace pilot from the original "Macross" decades back (only knew Max from "Robotech"; can barely remember him from the "Macross" movie).

I tried to find a scene from the anime with the two of them conversing together but couldn't find the particular scene I wanted, but at least I have them in one short video.

Enough prefacing. Purely by accident, I found a version of "Daydream Cafe" on YouTube featuring the Hayamis dueting. I will always enjoy the original by Petit's Rabbits but this cover has got a fun vibe to it. I'm not quite sure if it's an especially upbeat Xmas version or a take of the song filtered through snazzy Shibuya-kei, and I have no idea where it came from (please let me know if any of you know). Still, it's amusing to listen to especially with Takahiro sounding so self-controlled usually on the show. 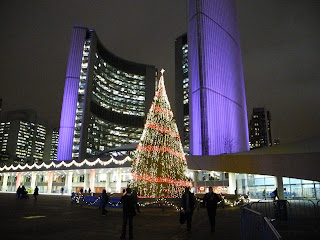