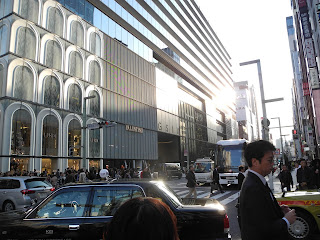 I was talking with commenter Matt K. earlier today regarding one of his recommendations, and that had me thinking about this whole City Pop craze which went worldwide starting a few years ago with Mariya Takeuchi's（竹内まりや）"Plastic Love". If I'm not mistaken, it's been about three years now and I'm happy to say that there are still folks finding out about City Pop, J-AOR, Neo City Pop and the like.

However in my opinion, I believe that the early stage of falling head over heels in the thralls of hatsukoi with this wonderful umbrella encompassing jazz, Latin, soul and other genres has generally crested and it's now most likely the case that J-Urban Contemporary has taken up a solid niche among the many world music genres. It's not a fad...longevity and continuing popularity have seen to that. There are probably three groups of people: 1) the ones who jumped onto the bandwagon but have decided to get off, 2) the ones who continue to like City Pop but want to move onto other genres out there, and 3) the true believers. At least, some of 2) and all of 3) will keep the flame alive.

But I think that City Pop has already entered a second stage of sorts in its time on the world stage. Folks outside of Japan are not only putting their own spins on the established works by artists such as Tatsuro Yamashita（山下達郎）, Fujimal Yoshino（芳野藤丸）, the aforementioned Takeuchi and Miki Matsubara（松原みき）, but they are also creating their own original songs based on those certain funky/soulful patterns and arrangements. For instance, I've seen some YouTube videos of artists in Mexico and South Korea coming up with their own City Pop tunes.

One person that I've already mentioned is Masa, a singer-songwriter who I've been able to communicate with occasionally via Discord, and from his videos on his YouTube channel, I've found out that he has wanted to meld some of that Neo City Pop sound with blues through his own works such as "Komorebi".

And now finally we come to Matt's recommendation. He informed me about a singer-songwriter based in the United States, Cameron Lew aka Ginger Root. Hailing from Huntington Beach, California, he's been performing since 2017 with this indie soul project which he describes as "aggressive elevator soul". Well, if his "Loretta" is of any indication, then there must be a whole ton of neon and disco glitter in that lift along with several people dancing about.

His latest single from June 2021, "Loretta" has got that late 1970s City Pop and Vaporwave feel paired with a video which brings the fond memories of bleary VHS. I definitely love those spacey and sparkling keyboards as well. Not sure if Ginger Root was trying to emulate Tatsuro with the shoulder-length hair (although Ginger seems to be using a more effective conditioner than Tats) and those high tones in the video, but as I was mentioning to Matt, I think this cat from California is pretty much his own man with his creations.

Anyways, "Loretta" will also be appearing on Ginger Root's next EP, "City Slicker", which will supposedly be released in a few weeks in August. Many thanks to Matt and I will have to explore a little more of Ginger's discography.