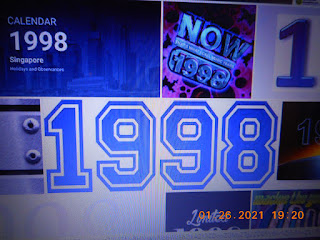 A few days ago, HRLE92 put up his "Introducing 5 Rare Albums I bought (That Are Probably A Total Waste of Money)" article so have a look at those CDs that he felt that he gambled upon but ultimately lost.

Of course on YouTube, he's known as Island Fantasia and it was through his channel that I discovered a band that I had never heard of before. With the unusual name of Cotton Time, according to our fellow KKP contributor, their 1998 release "Lost Season" may have been the only album that was released by them, and further information on Cotton Time is rather sparse.

From the band's official site, I'm informed that "the Cotton sound" as the writer puts it is mellow, jazzy and comfortable, and has hints of what female vocalists in the 1980s including Ami Ozaki（尾崎亜美）and Miki Imai（今井美樹）were delivering. Yukiko Nagao（長尾由起子）was the vocalist with Cotton Time, with Masashi Hino（日野雅司）on guitar, Hiroshi Nagino（奈木野浩）on bass, Minako Yamashita（山下美奈子）on keyboards and Naoki Iwata（岩田直樹）on drums. According to Island Fantasia, "Lost Season" generally has a mellow City Pop sound reminiscent of the early 1980s, although he also says that the particular track featured here is not representative of that sound but is one of the better tracks.

And that track is "Ame Agari ni Dance" (Dance When The Rain Stops). I would agree that though it doesn't really sound like an early 80s City Pop song, Yamashita's keyboards still hint at that champagne-and-caviar feeling of the late 80s version of City Pop with the inclusion of sophisti-pop. In that respect, there is something that reminds me of the aforementioned Imai, specifically with her great album "Retour" from 1990. That piano solo near the end also impresses me as it has Island Fantasia. The lyrics were provided by vocalist Nagao with the music coming from Yamashita.

Just some late "breaking news" that I found while riffing through the rest of Cotton Time's site, the band did release a maxi-single of 3 songs in 2002 and then finally broke up in 2006. I also found out on their home page that they included the word "cotton" in their name since, aside from the original meaning of the plant, they also discovered that through colloquial English, it has been used to mean "to come to like", as in "I'm really cottoning onto Cotton Time".