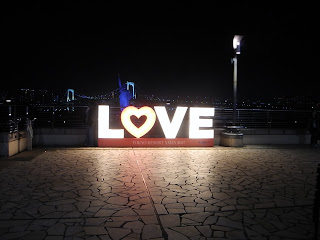 If I'm not mistaken, the extremely long-running TV Asahi variety show "Shinkon-san Irasshai!"（新婚さんいらっしゃい!...Welcome the Newlyweds!）, the Japanese equivalent of America's "The Newlywed Game", has just celebrated its 50th anniversary on the air since I've read on its J-Wiki page that it premiered on January 31st 1971. So, of course, many congratulations to the host, rakugo comedian Katsura Bunshi VI* (桂文枝), and current co-host, former aidoru Mami Yamase（山瀬まみ）. Yamase has had by far the longest tenure as Katsura's sidekick starting her time in 1997 while the host himself has been there right from the beginning.

The second-longest co-host honours though belong to actress/singer Nagisa Katahira（片平なぎさ）and I first knew about "Shinkon-san Irasshai!" on those video rentals of Japanese TV shows with her giggling away at Katsura's antics and the contestants' often hilarious answers. That was back in the 1980s (Katahira's time was from 1981 to 1992) and back then, the veteran comedian had possessed his former stage name of Katsura Sanshi（桂三枝）.

Now, I've already given the premise of the show on the article for Katahira's theme song for "Shinkon-san Irasshai!", "Futari no Symphony"（二人のシンフォニー）which was this tenderhearted ballad created by Etsuko and Takao Kisugi（来生えつこ・来生たかお）. However, the theme song that followed "Futari no Symphony" was "Shiawase ni Kiss Shitara" (When We Kiss Happily) which was a duet between Katahira and Katsura that was also released as a single in October 1984.

Written by Toyohisa Araki（荒木とよひさ）, composed by Takeshi Ike（いけたけし）and arranged by Kei Wakakusa（若草恵）, "Shiawase ni Kiss Shitara" is more lighthearted fare that seemingly describes the honeymoon and the early days of wedded bliss for a couple. I have to say that Katsura holds his end of the singing bargain quite well with Katahira, even providing some nice harmony in parts of the song. And isn't what harmony is all about with marriage...in theory anyways?

*For those who know about Japanese nomenclature, yes, I've broken that one rule and put the surname, Katsura, first which is how it is done in Japan, although all this time in KKP's history, I've put names down in the Western style (given name first, surname last). However, not only is the comedian's name placed in the Japanese style on the Wikipedia page for him, I kinda feel that writing it down this way for him seems right. Incidentally, the comedian inherited his current appellation from his master, Katsura Bunshi V, in 2012. Still, since he was Katsura Sanshi when this song was released, I'm holding to his former name here for this article.