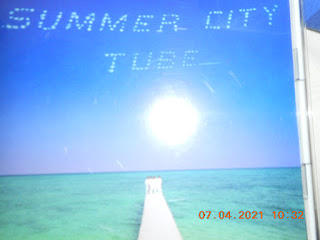 My common expression on "Kayo Kyoku Plus" whenever the hot season is upon us is that it's not summer without either a TUBE or a Southern All Stars song on tap. Those songs are as necessary as cold beer or a beach BBQ.

So let us start off this Sunday with a TUBE tune. Vocalist and songwriter Nobuteru Maeda（前田亘輝）came up with the words and music for "Kokoro made SUNSHINE" (Sunshine to Your Heart), a track from the band's 9th original album "Summer City" released in June 1989. This is one of the more relaxing guitar-strumming melodies from the TUBE arsenal and the atmosphere is more cocktails to be sipped and hammocks to be slept on. Wouldn't it be nice for all of us to be in that setting now?

The album itself did very well on the charts as it hit No. 6 on the Oricon weeklies and ended up as the 59th-ranked release of the year via CD. The title track "Summer City" which was also TUBE's 9th single from that same year has its own profile on my article on the band's BEST compilation "TUBEst". 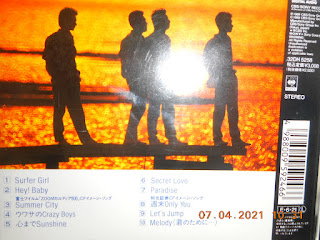