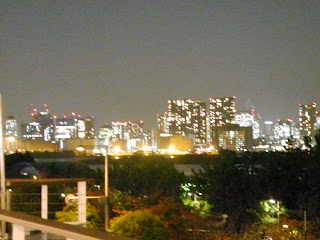 "There are eight million stories in the naked city. This has been one of them."

That was a quote for the 1948 movie "The Naked City" which has been considered to be one of the earliest examples of the now common TV genre of the police procedural. I got to see some of this on the Turner Classic Movies channel on cable and it was interesting to see actor Barry Fitzgerald, who for those old movie fans is famous as Father Fitzgibbon in Bing Crosby's "Going My Way", as the wise detective lieutenant in charge of a homicide case in New York City.

For a film like that or perhaps any of the film noir that were coming out at the time, a good boss jazz score always enhances the experience. I was kinda thinking of those old movies of the 40s and early 50s when I was listening to this marvelous song by Kirinji（キリンジ）titled "Kage no Uta" (Shadow Song). This was actually released as the band's first digital download single in December 2005.

However it was also the final track from the band's October 2006 CD album "DODECAGON", I'm not sure what the rest of the album sounds like, but "Kage no Uta" is definitely different from the romantic balladry of "Aliens" back in 2000 and the spacey synthpop of the band's music for "Ai wo aru dake, Subete"（愛をあるだけ、すべて）in 2018. Written and composed by Takaki Horigome（堀込高樹）, it's smooth-as-top-whisky jazz and with those strip club-friendly horns and silky piano, one of those famous detectives such as Sam Spade would be crazy not to come into a place playing "Kage no Uta". It almost demands a detective's voiceover.

Along with the jazz melody, Horigome's lyrics rather describe the lone-wolf nature of the private eye in these movies. With betrayals real and potential all around him, the only thing that he can trust is his own shadow. But what about his gun? In any case, "DODECAGON" got as high as No. 20 on Oricon. And to wrap up, I don't know whether the above thumbnail for the video was actually the photo for "Kage no Uta", but it isn't the only time that the cover for Donald Fagen's classic "The Nightfly" was imitated.