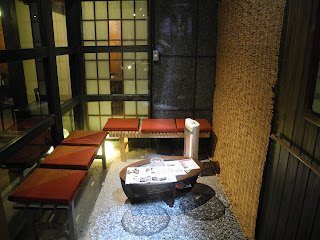 Case in point, this would be the duo Casamila which has been around since the late 1990s but has only put out three albums and at least one maxi-single in 2000, including a promotion album that was never meant to be put onto the market. Casamila consists of Yasuyo Kashima（鹿島やすよ）, vocalist and lyricist from the city of Fukuoka, and Tadashi Shirakawa（白川雅）, keyboardist, composer and arranger from Osaka.

Their most recent album was recorded and released in 2016 titled "Noites De Luar" which translates from Portuguese into "Moonlit Nights", and from what I've heard so far, it sounds like a mix of everything that has been Japanese urban contemporary over the past 30 years including the return of Shibuya-kei with Kashima sounding reminiscent of the Divine Maki Nomiya（野宮真貴）from Pizzicato Five. The title track which starts things off has got that languid Burt Bacharach feeling from the past and what can I say about that electric organ solo?

"Cotton Candy" has a hint of that Shibuya-kei but is otherwise more of what Neo-City Pop would sound like right now. Despite the title, it comes across as the theme for some kakkoii film noir set in any of the major neighbourhoods of Tokyo. There's even some synthesized form of sophisti-pop in the instrumental bridge.

"By Oneself" is another dynamic tune that seems to be ready-made for the car stereo as we go driving over the Rainbow Bridge at Tokyo Bay. Of course, there's gotta be a beefy sax solo along with the piano toodling away like crazy.

One more track that I'll provide you is a cover of "Love Squall" which was originally done by Sandra Hohn, aka Sandii of Sandii & The Sunsetz for Season 2 of the iconic "Lupin III"（ルパン三世）anime back in the late 1970s.