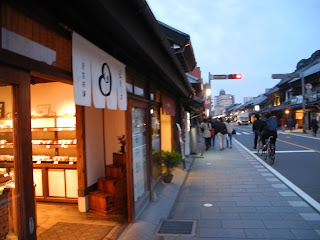 I've decided to go with a couple of Yumi Murata's（村田有美）songs today to start off the usual J-urban contemporary Friday since they are both worthy of mention now.

Murata's debut single was "Mr. Romance" in 1979, something that I made mention of when I wrote up her first article on KKP over two years ago, "Krishna"（クリシュナ）. It's quite the fascinating and creamy City Pop tune since it's one of those songs that acts like a good scotch.

"Mr. Romance" has feelings of both Junko Yagami（八神純子）and Junko Ohashi（大橋純子）and perhaps even some Miki Matsubara（松原みき）and Machiko Watanabe（渡辺真知子）not just in their respective vocals but also through the arrangements which include the de rigueur Fender Rhodes and a lonely trumpet that seems to reflect the sad shuffle that the protagonist is doing on the concrete of those Tokyo streets at night, although there is also some of that dreaminess in there. It's got quite the pedigree in the songwriting as well with lyricist Yu Aku（阿久悠）and composer Tetsuro Oda（織田哲郎）providing some classy City Pop from the turn of the decade. I'm assuming that "Mr. Romance" also got its appearance on Murata's debut album "1st".

Speaking of "Krishna" which was the title track from her August 1980 2nd album, the track that starts that particular album off is "Let It Blow". And yep, Murata really does let it blow here beginning with some dramatic and suspenseful strings for a good 30 seconds before this incredible Steely Dan/Bobby Caldwell-like melody comes pouring in along with the singer's voice thrown to 11 on the dial. A couple of her collaborators in the recording booth contributed to the creation of "Let It Blow": Satoshi Murakawa（村川聡）was the lyricist who was also helping out on background vocals for the album while saxophonist Yasuaki Shimizu（清水靖晃）composed the song. There's a form of tug-of-war among the downtown funk, another round of sky-high dreaminess, and plain ol' action drama with guitarist Takayuki Hijikata（土方隆行）emphasizing some of that. Not sure how the rest of the album goes outside of the title track but "Let It Blow" strikes down a loud first step.