The Works of Masatoshi Sakai（酒井政利） 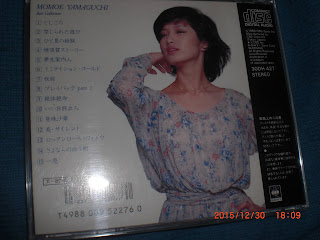 When I first started "Kayo Kyoku Plus" in 2012, it was all about the singers and the bands as they steadily got included in the Labels that you always see at the right of your screen. However, as the years passed toward the end of the decade, I also realized how important the lyricists and the composers were, and then relatively recently, I got that same impression about the arrangers. And so, they were also gradually included in the Labels.

Up to today, I'd not considered producers but earlier this morning on the NHK 9 o'clock evening broadcast and then later on Mixi, I found out about the passing of one of the prolific producers for kayo. Masatoshi Sakai at the age of 85 a few days ago on the 16th. Born and raised in my ancestors' home of Wakayama Prefecture, after graduating from university, he had initially started working for the film company Shochiku in the early 1960s before jumping ship to the music industry, beginning with Nippon Columbia. For the next 60 years, he would gain a reputation for his uncanny way of discovering new talent and then refining them and their music. From what I've read and heard so far, it looks like he focused a lot on the aidoru of the 1970s and perhaps some of those singers exploring the exotic kayo which enjoyed their fifteen minutes of fame in the later part of the decade.

Allow me to show a very tiny sliver of some of his contributions.

I'd added a January 2021 PS to the original May 2012 article regarding "Ihojin" in which through one of the NHK variety programs, it was discovered that this exotic kayo bringing up adventurous images of traveling on the Silk Road had originally revolved the more mundane situation of riding on the Chuo Line in Tokyo. Well, if I'm not mistaken, I think that it was Sakai himself who came up with the idea to change the setting.

According to the J-Wiki article for Sakai, Go initially liked the sound of "Oyome Samba" but felt that he wouldn't be able to do it justice. However, the producer took him aside and told him "You're the only one who can sing this as brightly. This song will undoubtedly be continued to be sung at wedding receptions by later generations." Go was convinced.

In addition to the accolades that he received through his songs, Sakai also earned the honour of Person of Cultural Merit both from Wakayama Prefecture and Japan in 2019 and 2020 respectively.