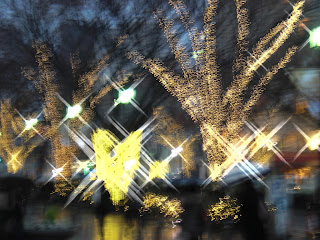 I've mentioned it to Rocket Brown of "Come Along Radio" a few times but though I like all aspects of City Pop ranging from the hazy feelings from its 1970s iterations to the new types coming out in the 21st century, there is something that I like to call the "down-home" version of the City Pop umbrella that I've also enjoyed. Now, when I say "down-home", I don't mean that there is a vein of country music running through the Japanese urban contemporary; what I've intended to say that any City Pop tune with that "down-home" feeling is truly something of Japan without any (or barely any) influences from Steely Dan, the Doobie Brothers or Airplay. It still feels like a city-bound song whose setting could be a Shinjuku hotel-top bar. If I could mention one example, it would be Akira Terao's（寺尾聰）"Ruby no Yubiwa"（ルビーの指輪）.

Come to think of it, I think I may have found another one of those down-home metropolitan tunes via singer-songwriter Takiko（多喜子）. I have never heard of her before but encountering her "Alone and alone" from her 1980 "Jinsei no Waltz"（人生の円舞曲...The Waltz of Life） album, there is something there that also has me thinking of drinking alone in a classy Tokyo watering hole far above the traffic.

She's been listed as a folk singer but with "Alone and alone", at the very least, I see her tackling New Music here but with that cool horn arrangement and a really classy use of the piano, I keep imagining a tryst playing out on the shiny dance floor in a sophisticated environment. Takiko took care of words and music while Kazuo Otani（小谷和夫）arranged everything for "Alone and alone" which reminds me melodically of Junko Yagami（八神純子）and vocally of Naomi Chiaki（ちあきなおみ）.

Again, no J-Wiki article for Takiko, who was born Takiko Sato（佐藤多喜子）in Iwate Prefecture. According to "idol.ne.jp", she became interested in music after listening to Harumi Miyako（都はるみ）and began singing folk songs from her high school years. From the mid-1970s, Takiko began working at the Sendai branch of Yamaha Music as a vocal instructor but she also became a DJ at the local NHK radio station in the city where she hosted a segment on one of the shows for 6 years. In 1979, she released her debut single "Jinsei no Waltz" at the age of 25 after which the album of the same name was released the following year. Her catchphrase (and the Japanese seemed to love adding catchphrases onto their new talent) was "A warm breeze blowing in from the north".

I don't know exactly how many singles she released but I think the 1980 "Jinsei no Waltz" was all she wrote in terms of albums.