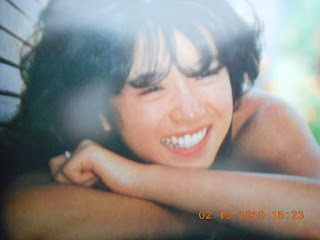 July 13th has already come and gone in Japan but we're plunk in the middle of the 13th here as I type this, so as such, let me extend my birthday greetings to Akina Nakamori（中森明菜）! I'm not going to let this go by.

As rare as it is now to come up with an Akina song of the 1980s that I haven't already covered on "Kayo Kyoku Plus", I can still find one and it's always a pleasure when I do. Back in the summer of 2013, I wrote about one of her classics of the decade, "Kita Wing"（北ウィング）, which was released as her 7th single on New Year's Day in 1984.

What I hadn't known was that "Kita Wing" was given a re-release at the end of that year in December, but this time, the B-side was a different tune altogether. "Refrain" by Nakamori was used as the theme song for a TBS special drama "Koi wa Mystery Gekijo"（恋はミステリー劇場...Love is a Mystery Theatre） on one particular Wednesday night. Written by Goro Matsui（松井五郎）, composed by Ryo Matsuda（松田良）and arranged by Mitsuo Hagita（萩田光雄）, "Refrain" certainly sounds like it was made for a pretty classy mystery. With the strings dipped in the classical, keyboards that alternately come across as baroque and haunting, and Akina herself sounding very delicate and tentative, there is a sensation of "Dark Shadows" as it feels as if the singing lass is all alone (or not) in a faded-beauty mansion in the deep woods, and the very creepy synthesizer that finishes "Refrain" puts the definitive bow on everything. I also have to mention that the refrain in "Refrain" goes quite epic, too.

The song is also a track on the singer's 6th studio album "Possibility" which came out in October 1984. It hit No. 1 on the Oricon weeklies and quickly ended up as the 18th-ranked album for the year. Let us Akina fans hope that the target of our affections is doing well wherever she is. 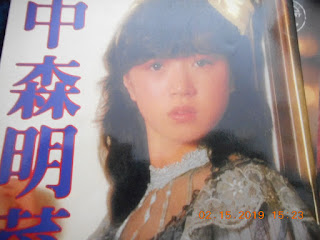