KC and the Sunshine Band -- That's the Way (I Like It) 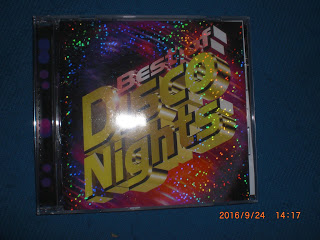 I can't remember what the first disco song I heard was. Was it either KC and the Sunshine Band's "That's the Way (I Like It)" or Van McCoy's "The Hustle"? It may as well have been a dead heat between the two because the latter was released in April 1975 whereas the former was first sold a month later in May.

Either way, I can give thanks to old K-Tel LP compilation commercials on television for bringing disco into my home, and that's where I first heard "That's the Way (I Like It)" (ah-hah, ah-hah), and then it was the radio which made Harry Casey and his band a household name. Strangely enough, I didn't see the band perform all that much on the television itself since at the time, I didn't know what "Soul Train" was and most likely it was too late beyond my bedtime to see when the Sunshine Band could come on.

No matter...those who could stay up appreciated those disco sounds and "That's The Way (I Like It)" hit No. 1 on both the US Billboard and Canada RPM charts. Listening to the song again so many years later, I do enjoy the catchy melody and the horns. My only surprise is that it is a very short song at a shade over 3 minutes.

Well, what were the kayo singles coming out in May 1975 or thereabouts?

Well, I may have found the commercial itself!
Posted by J-Canuck at 3:46 PM