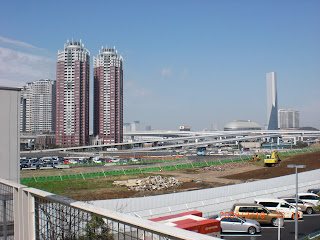 Singer-songwriter Katsuhiko Miki（美樹克彦）, up to now, had only appeared within the pages of "Kayo Kyoku Plus" for one article, the duet that he helped create for enka legend Sachiko Kobayashi（小林幸子）titled "Moshikashite Part 2" （もしかして・パート２）from 1984. Mind you, the song became a huge hit for both her and Miki and as far I know, the article itself has garnered the largest amount of views on our blog (although admittedly, a lot of that is probably through the dastardly work of spam bots). However, that's all that had been written about Miki and that was all the way back in late 2012.

Therefore, it's right to point out that Miki shouldn't be only known as Kobayashi's partner in "Moshikashite Part 2". He hadn't been in the background simply creating music for other singers but he'd also had his time as a performer. In fact, this entertainer from Kyoto who had been born as Makoto Mekata（目方誠）in 1948 began his career right from elementary school in 1954 as a child actor featured in close to 70 movies according to his J-Wiki profile. Then, the singing element in his career got off the ground during either his junior high school or early high school days with the single "Transistor Sister"（トランジスター・シスター）.

Midway through high school, Mekata took on the stage name of Katsuhiko Miki in 1965 and debuted once more with "Ore no Namida wa Ore ga Fuku"（俺の涙は俺がふく...I'll Dry My Own Tears） which began a string of singles hits that also included his sixth single from New Year's Day 1966, "Kaiten Kinshi no Seishunsa" (Don't Look Back on Youthfulness). Written by Tetsuro Hoshino（星野哲郎）and composed by Jun Kitahara（北原じゅん）, the song has quite a bit of snazzy twist-happy arrangement which even includes Ventures-like guitar riffs just so that it can get on that Group Sounds or ereki boom of the times. Miki even yells out "GO GO GO, LET'S GO GO!" to get everyone doing those hip-swiveling dances back then.

The lyrics by Hoshino do exhort listeners to never release their youth and plow forward with the fun, but there also seems to be a thinly veiled message of a young fellow acting like a teen James Bond taking on various guises while loving and leaving the girls in an ever-lengthening trail. It's just a gas, man!