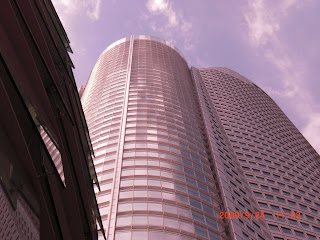 If I'm not mistaken about my date, July 5th will be an auspicious one for me. Tomorrow will be 40 years to the day since I boarded that Air Canada (or was it Canadian Pacific?) flight with the rest of my graduating class from the Toronto Japanese Language School for that one month in Japan. Over the years of writing for "Kayo Kyoku Plus", I've mentioned about that fateful summer 1981 trip in various entries, probably mostly for 1981 songs, in which being in Tokyo, Nagoya, Nara, etc for that one month changed my life so much that it became all about learning of Japanese culture for me. Of course, that Japanese culture also included pop music.
As such, on this personally special ROY article, I thought that I would end this blogging day by listing all those songs that I remember hearing during my time there and then watching on the TV music ranking shows over and over again. Initially, I'd thought about just listing the Oricon Top 10 for July 1981 but seeing that I've already done that, well, this particular list is more heartfelt.
Hiromi Iwasaki -- Sumire Iro no Namida （すみれ色の涙）
Seiko Matsuda -- Natsu no Tobira （夏の扉）
Masahiko Kondo -- Blue Jeans Memory （ブルー・ジーンズ・メモリー）
Hitomi Ishikawa -- Machibuse （まちぶせ）
Jun Horie -- Memory Glass（メモリーグラス）
Akira Terao -- Ruby no Yubiwa (ルビーの指輪)
Perhaps it's a tad over-the-top, but without that July 5th departure for Japan, there would be no fascination for the nation of my heritage, there would be no decision to major in Japanese Studies, no life and music in Japan for close to 20 years, and no "Kayo Kyoku Plus". It's been quite the ride and I hope to not get off the bus quite yet.
Posted by J-Canuck at 10:13 PM