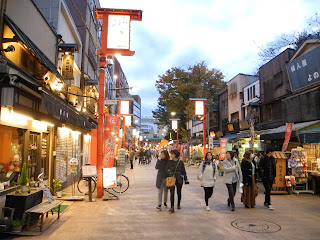 Last October, I wrote about singer-songwriter Kiyoshi Hasegawa's（長谷川きよし）1985 "City Lights Blue" which was a pleasant surprise since I'd known him initially as a folk singer with the predilection for bossa nova. Of course, I have no bias against folk or bossa nova, which I do love, but Hasegawa was another example of a Japanese singer in the folk genre who made a leap into City Pop.

However, on finding this particular song recorded by Hasegawa, I realize that his dabblings into the urban contemporary went even further back. Case in point: this track from his November 1978 album "Another Door", "Afterglow". At first, when I was looking up his discography on J-Wiki, I saw a 1976 album of his with that very same title of "After Glow" (albeit divided into two words), but then checking the track list and not seeing a title track with that name, I realized that the uploader was correct with that above thumbnail image of "Another Door" since "Afterglow" the song was placed in there. I gather that Hasegawa must have assumed that "Afterglow" was too cool a title not to earn a song around it.

In any case, "Afterglow" is an interesting concoction between composer Hasegawa and lyricist Rei Tsushima（津島玲）. It's got some of that Margaritaville aspect of City Pop/J-AOR with honey-toned trumpet and Fender Rhodes but at the same time as the song continues to flow steadily, there is also a hint of folk especially at the end of the verses. Additional horns come into play to provide some more fusion and then there are even a clarinet and a harmonica thrown into the mix with the latter having its solo near the end. Those last two instruments seem to inject a bit of old-time whimsey.

Feel relaxed enough to sip a good cocktail along to this one.