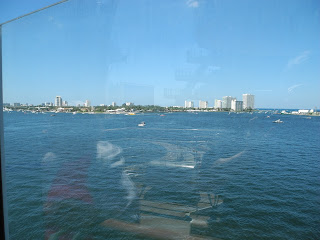 It was a few months ago, but NHK's "Uta Con"（うたコン）featured Leo Ieiri（家入レオ）. I'd never heard of her but this singer-songwriter comes from the city of Kurume in Fukuoka Prefecture. Kurume is a familiar place to me because the city has had quite a few famous people in the Japanese music industry hail from there over the decades including 80s aidoru Seiko Matsuda（松田聖子）, Checkers' leader Fumiya Fujii（藤井フミヤ）and kayo composer Hachidai Nakamura（中村八大）. According to her Wikipedia article, Ieiri started her career in 2012 and she gained her stage name of Leo from a couple of sources in pop culture: 1) the movie "Leon: The Professional" and 2) the character of Leo from the Osamu Tezuka（手塚治虫）manga classic "Kimba The White Lion". Her actual name is Wakana Ieiri（家入わかな）.

On "Uta Con", Ieiri performed her most recent 17th single "Sora to Ao" (The Sky and the Blue) which was released in January 2021 and peaked at No. 9 on Oricon. What attracted me to the song was the uplifting feeling of the song during a pretty dark time in the pandemic and the guitar pop arrangement which reminded me some of the similar music from the early to mid 1990s. The lyrics seem to talk about one half of a couple which has separated under unknown but perhaps not permanent circumstances, talking of the day that they can be back together again.

Although Ieiri is also a songwriter, "Sora to Ao" was handled by different folks this time around. Yohei Kawakami（川上洋平）, vocalist/guitarist of the band ALEXANDROS composed the music and the band itself took care of the arrangement along with Takeshi Saze（佐瀬貴史）. Meanwhile, the lyrics were written by movie director and TV scriptwriter Eriko Kitagawa（北川悦吏子）. Kitagawa was also behind the script for the NTV romantic drama "Uchi no Musume wa, Kareshi ga Dekinai!!"（ウチの娘は、彼氏が出来ない!!...Date My Daughter!!）, the show for which "Sora to Ao" became the theme song. I recall seeing the ads for the show via TV Japan and it stars Miho Kanno（菅野美穂）in the mother role this time. Time has really flown when I actually see Kanno as Mommy rather than as the wayward daughter.