The Parachute Club -- Rise Up 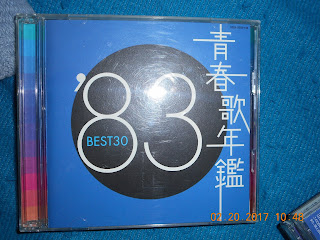 Well, I did that special Reminiscings of Youth article yesterday on behalf of Japan's Disco Day via the Bee Gees' "Stayin' Alive". Today is the regular weekly version for ROY.

And no, no disco tonight. Instead, I'm going with Canadiana once more after doing Spoons' "Romantic Traffic" nearly a month ago. I'm not sure whether The Parachute Club ever successfully broke out into the United States but here in the Great White North, this Toronto band formed in 1982 made an instant impression with their July 1983 debut single, "Rise Up".

Just to quote the Wikipedia description of The Parachute Club: "The band was well known for being one of the first mainstream pop acts in Canada to integrate world music influences, particularly Caribbean styles such as reggae and soca, into their sound." I also have to point out that as a teen, The Parachute Club was the first band that I've seen and heard that had both a nearly equal ratio of men and women working together.

With "Rise Up", there was this feeling of all-encompassing love, optimism and amity which was emphasized in the original music video for Canada at the start when the mime invites all sorts of people from all walks of life to join in the parade of joy in downtown Toronto. The video also includes scenes of Roy Thomson Hall where we got to see Professor X and Magneto having their first tete-a-tete in the very first "X-Men" movie. And of course, there is the soulful boomer of a voice within vocalist Lorraine Segato.

"Rise Up" was the band's most famous hit and it broke the Top 10 by peaking at No. 9 on the Canadian RPM chart. I got to see the video a lot and hear the song a lot on radio and it began a pretty good run for The Parachute Club in the 1980s. And as the Wikipedia article for the song states, "Rise Up" has been a good choice as an anthem for various causes although Segato has said that it was always meant to be "... a universal anthem of freedom and equality".