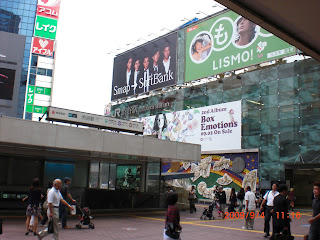 Once again, I'm adding to the Amy file here on KKP that not only takes care of her career but also that sole album of hers, "Amy" from 1983.
"Dance in Dream" is the penultimate track from "Amy" and it was written and composed by Hiroshi Suzuki（鈴木浩）with arrangement by Masaki Matsubara（松原正樹）. I had initially wondered whether Suzuki here was the jazz trombonist Hiroshi Suzuki（鈴木弘）but I realized that the kanji for the first name was different. Then, there is the Hiroshi Suzuki whose kanji matches and is also a composer, but he was only around 18 years old in 1983 and would later join the Neo-Acoustic band b-flower whose music is a totally different kettle of fish. I'm not saying that it's impossible that it could be the same guy but I think it's pretty unlikely.
And that is because Amy's "Amy" is all about the City Pop and AOR. "Dance in Dream" has a few drops of tropical punch added to the beachside warmth of a melody that seems to weave somewhere between City Pop and AOR. I'll have to go through the rest of Amy's tracks once more, but I think out of all of them, "Dance in Dream" seems to get the most aidoru-esque vocals out of the singer although that's just my opinion.
Posted by J-Canuck at 8:02 PM