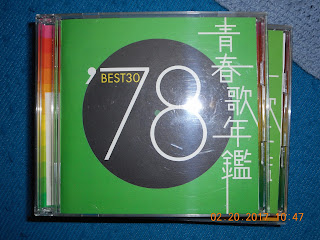 The Kyoko Kosaka（小坂恭子）file on "Kayo Kyoku Plus" keeps getting a little more interesting. Beginning with her 1975 kayo hit "Omoide Makura" （想い出まくら）, I also came across her earlier dramatic New Music "Glass Saiku"（ガラス細工）from 1974.

"Story" was the B-side to singer-songwriter Kosaka's December 1978 single "Nigai Yubi"（にがい指...Bitter Finger） and listening to this one, there's been another dimension shown here. Written and composed by Kosaka, "Story" takes things into the more laid-back 70s City Pop/J-AOR zone including the warm saxophone solo. Even her vocals get a little lighter and mellower here. Reading that Akira Inoue（井上鑑）was behind the arrangement, I just went "Ah, naruhodo". Both the A-side and B-side also ended up on the singer's penultimate album "Winker" which was released in the same month as the single. Inoue arranged all of the tracks which makes me wonder whether the entire album is in that urban contemporary vein.