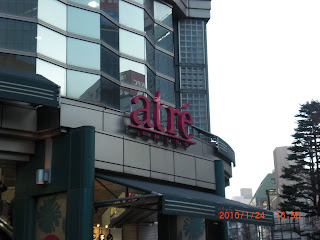 I was planning to get my hair cut at an actual barber nearby for the first time in almost a year but the place looked plenty full with two customers waiting and two customers in the seats so I made a beeline back home once more. Not that I look like the beginnings of a human haystack but things are starting to appear fairly straggly on my scalp. Anyways I'll see how tomorrow looks for a trim.

Yes, as that album screams out, it is Friday which means that the more urban contemporary will be coming out to play today on "Kayo Kyoku Plus". And from JADOES' November 1986 debut album "It's Friday", I bring you "Windy Noon".

Written by JADOES percussionist Kensaku Saito（斎藤謙策）and composed by vocalist/bassist Hideki DANCE☆MAN Fujisawa（藤沢秀樹）, "Windy Noon" has a bit of disco here and some sparkly Tokyo City Pop there put into the mix. DANCE☆MAN goes full bore on the bass at one point, drummer Yukio Shimamura（島村幸男）brings the sticks crashing down and it sounds like Kazumasa Denda（伝田一正）is having a fine time at the electric guitar. Still, with all of the instruments acting out, "Windy Noon" perhaps does reflect that particular part of the day since I don't get that four-to-the-floor nighttime dance club parade. It is more of that sunny afternoon in the big city and a prelude to even bigger things in a few hours after the sun goes down.