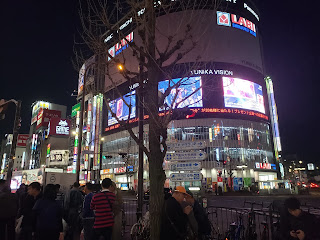 It seems as if I write up articles on singer-songwriter Keiko Mizukoshi（水越けいこ）once every few years or so which isn't intentional. For me, the most famous song by her is the light and bright "Hoho ni Kiss Shite"（ほほにキスをして）which has that snazzy 50s feel to it.

Perhaps it's for that reason that I've been reading a few YouTube comments here and there over the years regarding her later singles and albums that Mizukoshi shouldn't have tackled City Pop. The intimation was that her voice didn't quite match the genre. Well, I'm not quite on that particular bandwagon although at points on her song "Hitomi no Sei" (Blame the Eyes), I think that the music threatens to slightly overwhelm her near-whispery vocals even though the arrangement itself comes across as being somewhat subdued for a banger City Pop tune with all of the brass in there.

Mizukoshi herself was behind the words and music for "Hitomi no Sei", a song of regret about probably being loved and left behind by a cad. Jun Sato（佐藤準）took care of the arrangement for this first track of the singer's December 1984 album "Actress".